Expectations Are High For 2011 Cowboys 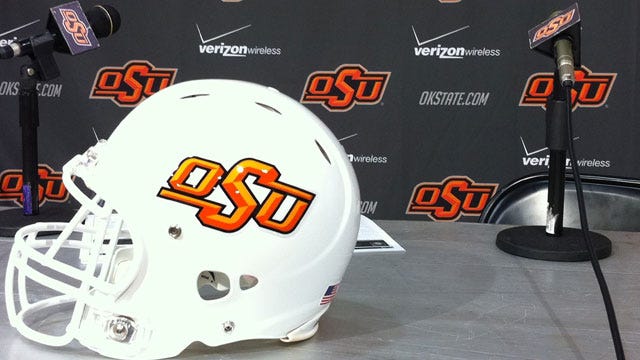 STILLWATER, Oklahoma -- The Oklahoma State Cowboys are no longer the hunters. Now, they're the hunted.

A year ago at this time, the Pokes were picked to finish last in the Big 12 South division. Just 12 months later, after winning a school record 11 games, Oklahoma State is ranked eighth in the nation to start the year according to the USA Today/Coaches Poll.

Those new Cowboy uniforms come complete with a hard-earned bull's-eye.

"Last year nobody had a clue who we were. That's not the case this year," said senior quarterback Brandon Weeden. "We kind of deserve that. When you play in the Big 12, you've got to play everyone. You've still got to come out and play."

The Cowboys' only two losses in 2010 came at home, losing to Nebraska 51-41 and to Oklahoma 47-41 in the Bedlam Game. The Cowboys won the Valero Alamo Bowl over Arizona and ended the year ranked in the Top 15 in the nation.

"That's the past. You can't look at the past forever," said reigning Biletnikoff Award winner, Justin Blackmon. "Us winning 11 games last year is not going to win us anything this year. We're still going to have to work hard."

The Cowboys are part of the new-look Big 12 conference this season, with just 10 teams after Colorado (Pac 12) and Nebraska (Big 10) left the league. In the new format, all ten teams will play every other team in the league once.

The new conference alignment eliminated the need for a championship game, but the players are still on board with the change.

The Cowboys will open the season at home against the Louisiana-Lafayette Ragin' Cajuns on September 3rd. They will then hook up with the Arizona Wildcats the following week in a rematch of last season's postseason battle.

Expectations Are High For 2011 Cowboys