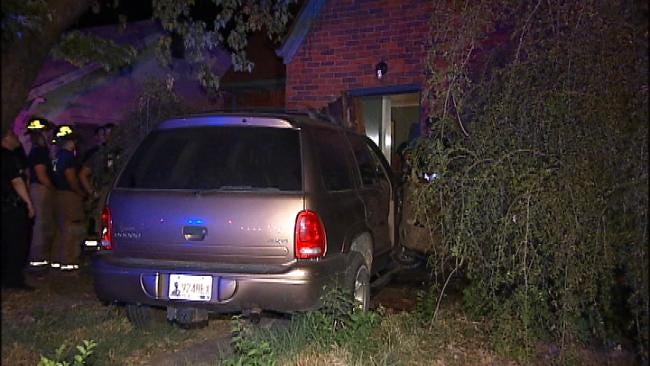 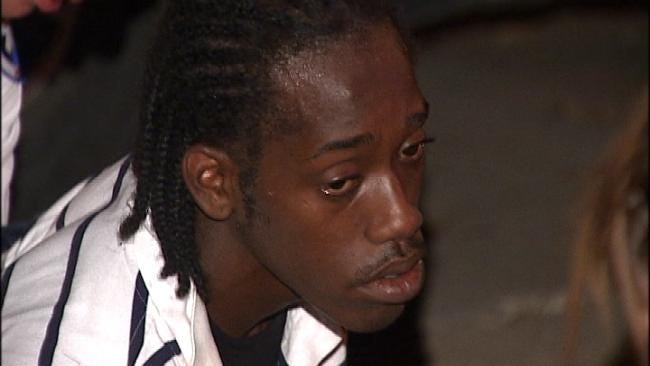 TULSA, Oklahoma -- A Tulsa police pursuit ended when a stolen SUV crashed into a home on North College Avenue overnight Saturday. Officers took one man into custody and are searching for a second suspect.

No one was injured in the wreck.

The Durango failed to make a turn, drove through a yard and into the front door of a home. Tulsa Police Corporal Tom Milburn said the front door was driven 7 to 8 feet into the residence.

The driver and a passenger ran away from the accident scene. Police took the passenger into custody. He told officers he did not know the vehicle was stolen.

Police had not captured the driver as of Saturday morning.