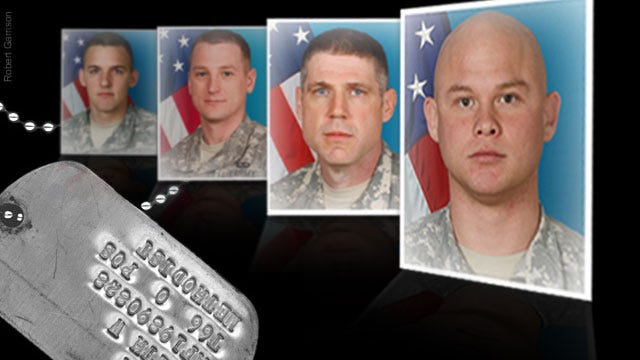 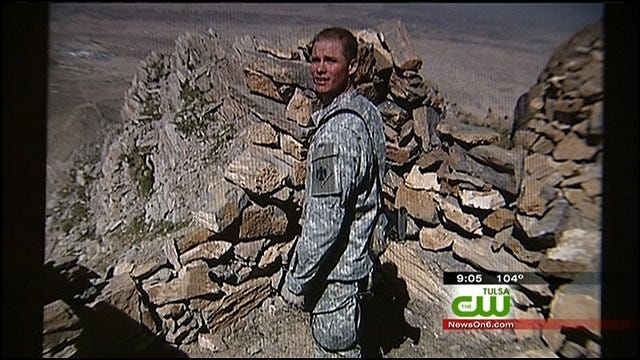 TULSA, Oklahoma -- Another Green Country family is mourning the loss of a soldier son.

Sergeant Anthony Del Mar Peterson from Chelsea was killed when he was struck by small arms fire while on patrol in Paktia Province in Afghanistan.

He's the fourth casualty since last Friday, making this the deadliest week Oklahoma's National Guard has faced since the September 11th terror attacks.

The Chelsea High School graduate is the fourth casualty from the Oklahoma National Guard in a week.

"Augy was an all around great human being. He was an example to his generation," said Michael Ray, Vicari's Friend.

Kirk Owen from Sapulpa was killed Wednesday, when a roadside bomb exploded.

"Had one of the best senses of duty and honor of anyone I've ever met," said Doyle Pryor, Sgt. Owen's Pastor.

A spokesman says the Oklahoma National Guard has lost nine soldiers since 9-11. The last time the Sooner State suffered this many casualties was back in 2008, when a Chinook helicopter went down in Iraq, killing three.

Now the first week of August in 2011 has the morbid distinction of being the deadliest for the guard in the war on terror.

"It's a horrible reminder to them that this isn't over yet and that there are young men and women everyday sacrificing their lives in a far away country and we need to remember them," said Blue Star Mom Marcia Kerr.

That's exactly what Anthony Peterson's friends and family members vow to do. And remind his five year old son every day that his father was a hero.

Sergeant Anthony Peterson was on his second tour of duty in Afghanistan. His high school class named him most dependable.