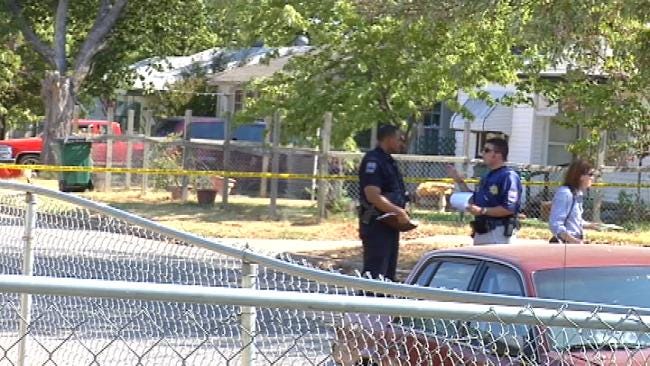 TULSA, Oklahoma -- Tulsa Police have arrested a 27-year-old Tulsa man in connection with the shooting of an 80-year-old man in the chest Wednesday morning.

The shooting happened just before 10 a.m. in the 1900 block of North Florence.

Tulsa Police officers say the elderly man, identified as Henry Boyles Sr. was sitting in a car in the driveway when he was shot.

At first, police didn't have a description of the shooter other than he was driving a white Chevrolet truck.  Detectives were able to develop a lead and arrested Stephen Rentie Wednesday afternoon.

EMSA took Boyles to a Tulsa hospital where he is listed in serious condition.

Rentie was booked into the Tulsa County jail on a complaint of shooting with intent to kill.