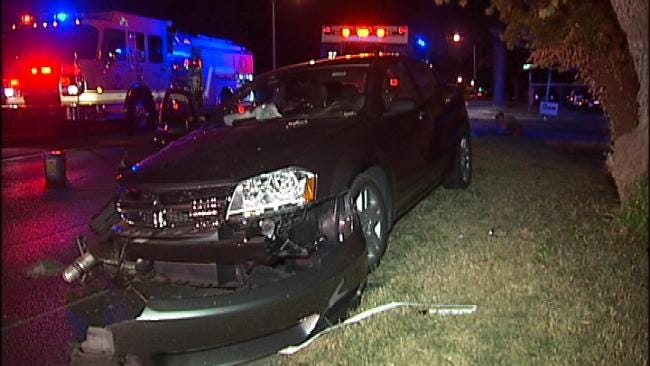 TULSA, Oklahoma -- Police say a woman tried to answer her cell phone as she was driving north on Riverside Drive early Wednesday morning causing her to drive off the road and hit a light pole.

The driver told officers she heard her cell phone ring and answered it, causing her to take her eyes off the road.

She was not injured, but her car sustained considerable damage.