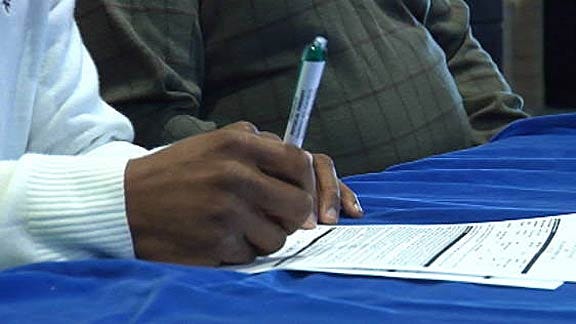 SHAWNEE, Oklahoma--Due to the winter blizzard last week, most National Signing Day Ceremonies had to be cancelled.

But Shawnee made sure their athletes still got their moment in the spotlight, rescheduling their signing ceremony for Tuesday.

The Shawnee Wolves had six athletes sign letters of intent to play at the next level.

The Shawnee football team had five players sign to play in college. Quarterback Brayle Brown signed with the University of Louisiana-Monroe. Defensive back Adrian Rouse signed with Bacone College.