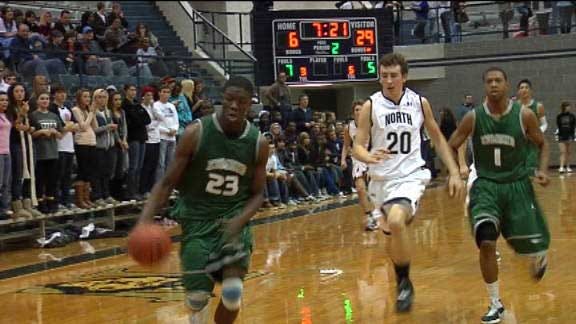 EDMOND, Okla. – The Edmond Santa Fe boys jumped to a huge early lead and coasted to an 80-39 thrashing of rival Edmond North Tuesday.

The Wolves started the game on a 24-1 run, and Edmond North made just one field goal in the first quarter. Santa Fe led 27-4 at the end of the first and the game was never close after that.

Santa Fe came into the game ranked No. 3 in the Coaches Aid Poll, and moved to 7-2 on the season. The Wolves will host Putnam City in its next game Friday, while Edmond North will travel to Mustang on the same day.