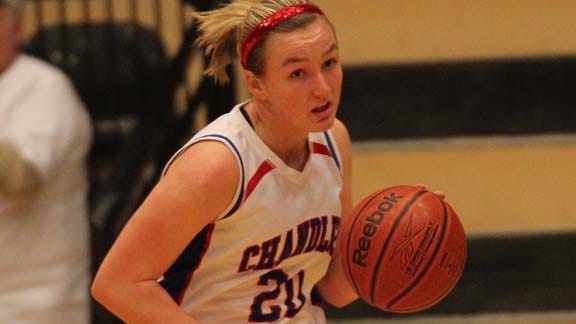 OKLAHOMA CITY – Each week, the CoachesAid staff breaks down which players from across the state are stealing the spotlight.

The following are this week’s CoachesAid selections from the best performances among high school girls:

McKenzie Solberg, Chandler - Huge effort for the junior with 29 points, 17 rebounds and 10 assists against Plainview.

Lakota Beatty, Anadarko - Sophomore standout poured in a tournament-best 74 points to lead Lady Warriors to third in the Mid-America Classic.

Cheyenne Been, Dewar - Scorched the nets for 29 points, including four treys, in a win over Okemah.

Kadan Brady, Healdton - Poured in back-to-back efforts of 29 points in wins against Comanche and Velma-Alma.

Callee Cox, Bethany - Averaging 26 points per game in helping spark Lady Bronchos to a 3-0 start to the season.

Conner Harmon, Turner - Averaged 17 points, 6.5 rebounds and four steals in two victories a week ago to increase the Lady Falcons’ record to 14-0.