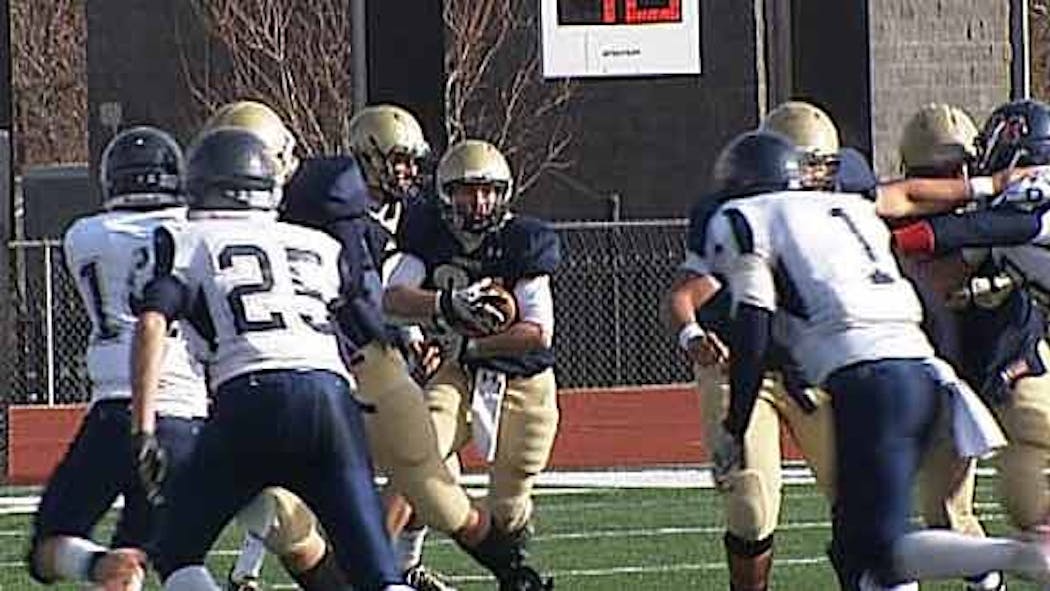 Last season Kingfisher appeared in the 2A gold ball game, but was shutout by Lincoln Christian 35-0. Saturday’s win over Metro Christian moved Coach Jeff Myers and the Yellowjackets one step closer to redemption in this year’s state title game.

The scoring got started for Kingfisher when senior quarterback Derek Patterson threw over the middle to Jake Blair for the 17-yard touchdown reception putting them up 6-0.

Later in the first freshman Landon Nault ran it in from two yards out putting Kingfisher up 12-0.

Then in the second quarter Metro Christian got on the board with junior Andrew Hearon’s five yard quarterback keeper for the touchdown narrowing it to 12-6 Kingfisher.

But Kingfisher would answer with another 15-yard completion by Patterson to senior Jeremy Smith putting the Yellowjackets up 20-6.

The first play of the second half Kingfisher’s Landon Nault took it 80 yards for the touchdown to make it 26-6.

But that wasn’t all from Nault. With 9:32 left in the game he took it another 83 yards for the score to close out the game at 33-6. Nault finished the game with three touchdowns and 233 yards rushing, not bad at all, for a freshman.

The Patriots will face the winner of Bethany vs. Heritage Hall.

The time and date of the state championship game is yet to be determined, but it will be held at Oklahoma State University’s Boone Pickens Stadium.