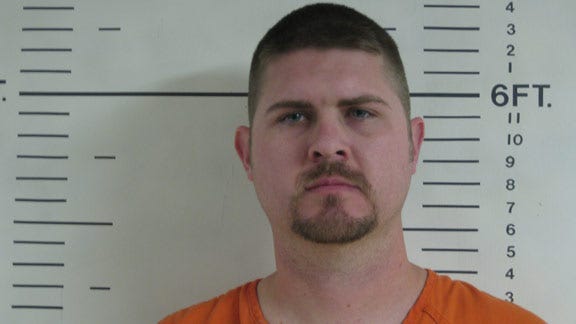 According to court papers, a former Hennessey high school student who played for Forsythe last season says the two had a relationship between November 2009 and May 2010.

According to court documents, the girl claims the relationship started with texting then led to kissing and ultimately resulted in the two of them having sex on two separate occasions, once in her truck down a dead end road near the high school and another in a field on the east side of town.

She also claims Forsythe kissed her on numerous occasions inside the high school, in the girls locker room, in his office and the middle school gym.

Furthermore, court papers state she told Forsythe that she felt what they were doing was wrong and that she knew he was married, but the girl goes on to say that Forsythe persisted, and would get upset if she tried to stop the relationship.

The girl also says that Forsythe even asked her to lie about the relationship and that as a result of everything it made her “senior year hell.”

Texhoma Superintendent Eric Smith said police approached Forsythe at basketball practice for fifth and sixth graders Wednesday. The coach was not handcuffed in front of the children, but did leave the gymnasium with the authorities.

“I was shocked,” Smith said. “He has never given us an indication to be concerned with that. His reference checked out great.”

Forsythe moved this past summer to take a job with the Texhoma school district to be the girls junior high and high school basketball coach.

According Joe McCulley, the Hennessey Superintendent, Coach Forsythe left Hennessey High School after the 2009-10 school year to take another job at Texhoma High School in the Oklahoma panhandle.

McCulley says they did investigate the texting and kissing allegations when they surfaced, but says the two denied any sort of relationship.

According to Smith, Forsythe remains on administrative leave with pay.

Smith said an assistant basketball coach will take over the program.

Prior to his brief career with the Lady Eagles, Forsythe served as the girls basketball coach at Verden High School, leaving in the spring of 2009.

The 52-year-old is facing the possibility of a hefty prison sentence after being charged with a total of 22 offenses, including one count of forcible oral sodomy and rape by instrumentation, 10 counts of lewd molestation and 10 additional counts of lewd or indecent proposals to a minor under 16-years-old. If convicted, Conway could be served with up to 20 years for forcible oral sodomy, up to 15 years for rape by instrumentation and up to 20 years for the remaining charges.

The acts began in 2003 with an eighth-grade girl, according to an affidavit.

The Lady Eagles are expected to begin their season December 3 against Dover.