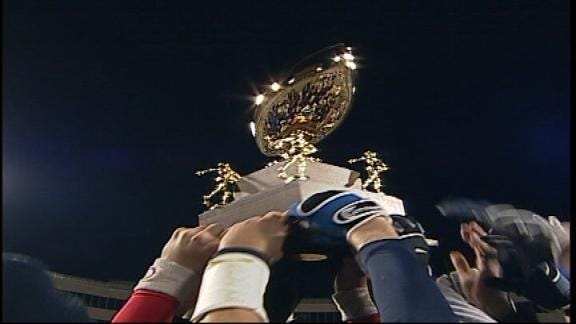 OKLAHOMA CITY -- The OSSAA has released the times and dates for the State Championship and State Semifinal games.

The three large-class championship games will take place at Boone Pickens Stadium, while the small-class games will be played at Stillwater High School.

4A: Douglass vs. Wagoner, 7:30 p.m. Saturday at Boone Pickens Stadium

B: Wetumka vs. Cherokee, 7:30 p.m. Saturday at Stillwater High School