Class 4A Top Games to Watch: Round 2 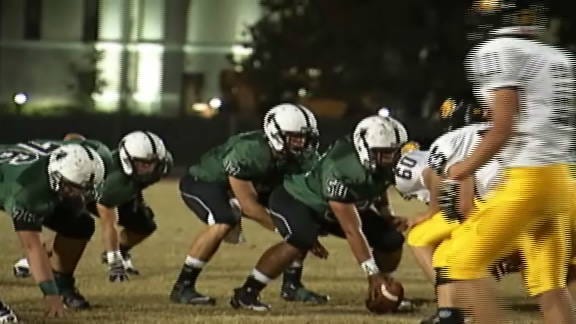 Catoosa Indians (9-2) at Clinton Red Tornadoes (10-1)
The Indians will face a tough, tough crowd in the Tornado Bowl. Clinton’s fans are relentless and tradition runs deep, having won 15 state titles. Catoosa’s fresh off a big road win over Sallisaw though, and knows the stakes are high heading into week two.

The Red Tornadoes will face a hard-nosed defense in the Indian team, which could be the deal breaker. Clinton has wavered the last few games, not playing up to their ability. The Indians have to capitalize off that uncharacteristic game play by the Red Tornadoes, who failed to play their fundamental football in the 21-7 win over Tecumseh last week.

Glenpool Warriors (9-2) at Wagoner Bulldogs (11-0)
Both teams have very powerful defenses, but the Bulldogs may have an upper hand on offense. Wagoner has a stacked roster, including Prince McJunkins, Jordan Robinson and the speedy Kevin Peterson. McJunkins has 27 touchdowns and one interception. Robinson has 14 touchdowns, while teammate Peterson has nine on the season.

The No. 2 ranked Wagoner is hungry for the semifinals too, having lost last year in week two to Douglass in the quarterfinals. The No. 4 Warriors will have to rely on their defense to hold off the potent Bulldogs while facing a rowdy crowd in Wagoner.

Oologah Mustangs (10-1) at Douglass Trojans (9-2)
The Mustangs rolled over the Hilldale Hornets in round one, beating them by 25 points. Oologah, whose only loss came against top-ranked Wagoner, will have to pull out the big guns against the strong defense of Douglass. The Mustangs’ running back, John VanSingel, had a career-high 308 yards on 31 carries against Hilldale, scoring six touchdowns for Oologah.

The Mustang D can’t ease up at all though, or the Douglass potent offense will kick in to high gear. The Trojans’ Aliston Cobb has just over 1,800 yards and 25 touchdowns this season. He posted 214 yards on 22 carries against Elk City, along with three touchdowns.

Class 4A Top Games to Watch: Round 2