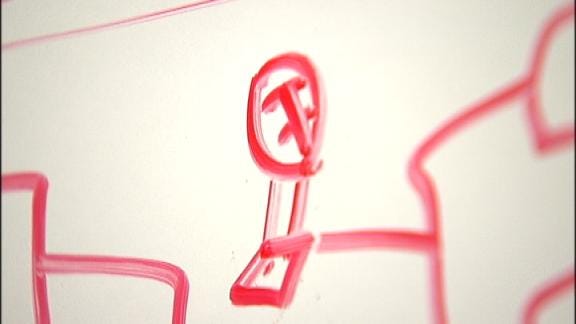 OKLAHOMA – There may not have been a more competitive gold ball race in 2009 than the one in 5A. Carl Albert got to hold the gold at the end of the season, downing Bixby at Boone Pickens Stadium, 21-7. The Titans finished the year 12-2 and scored a ridiculous 150 points in the playoffs.

Who will win it this year? We examine the route to the 5A gold ball and countdown the top five teams with the best chance to win it.

It makes sense to go with Carl Albert here since they’re ranked fifth in the state, but that’s not why they’re slotted here. It’s tempting to go with MacArthur here, but the Titans are the right choice. The only team to really beat down the Titans was Guthrie in Week 7. The Titans’ schedule helped them out. MacArthur’s wasn’t as challenging.

Why they’ll win it:DEFENSE
Guthrie scored 32 points on them, but that was by far the most Carl Albert gave up all year. Outside of that game, the Titans only gave up 7.4 PPG. They only allowed 5.8 points per game on the road.

Why they won’t: PLAYOFF SEEDING
They will most likely beat their first round opponent. Duncan earned the No. 3 seed from District 2. The winner of that game will take on the winner of East Central and Skiatook in Round 2. That will presumably be the Cardinals, who will be playing at home. This year, East Central has beaten teams by an average of 38.25 points in its four wins.

They ran the table and finished the season undefeated in district play. They beat the defending state champions. They’ve been in this position before, winning the gold ball in 2002 and 2007. Can they do it again in 2010?

Why they’ll win it:PAYBACK
The Blue Jays thought they had the sure track to the 5A gold ball round a year ago. They beat previously unbeaten Shawnee in Round 1, then beat the heavily favored East Central Cardinals 25-24 in Round 2. All Guthrie needed to do was down Bixby in the semifinal round to advance to the title game. They came up short against a team they had beaten in the past two postseason meetings. Determination is a powerful ally. Guthrie is ready to take what they felt was theirs last season.

Why they won’t:POTENTIAL CLOSE GAMES
They only played in two close games all year and but Guthrie lost the one that was on the road. In the playoffs, especially the later rounds, games tend to be close. Guthrie was able to just grind out wins and put up late scores against weaker teams in the regular season. They won’t have that chance against teams of equal talent in the playoffs. The Blue Jays weren’t really tested in the regular season with fist-clenching, pressure packed situations. How will they respond to those in the playoffs?

They didn’t win the district title, but are still one of the hottest teams in the state. The Buffaloes beat up on lesser teams during the regular season and played very well against the upper echelon teams on their schedule. Just like 2009, they only lost one regular season game this year. They went 1-1 in the playoffs a year ago. How about this year?

Why they’ll win it: PASSING ATTACK
The old saying is you have to set up the pass with the run. McAlester actually does a pretty good job of setting up the run with the pass. Against Booker T. Washington in the season finale, the Buffaloes launched a 68-yard touchdown pass in the second quarter to pull to within 21-12. That was the longest play of the season the Hornets had allowed at home. McAlester was able to pick up 242 yards through the air against the Hornets, a defense that hadn’t give up any points in its previous four games.

Why they won’t:SIZE IN THE SECONDARY
The Buffs just aren’t that big. The secondary is actually pretty small with 5-foot-8 and 5-foot-9ish defensive backs. 5A has some pretty good sized wide receivers. In the playoffs last season, teams tended to throw jump balls to taller receivers. Teams like Grove, the Buffs’ first round opponent, who have five guys that are 6-feet or taller could give McAlester trouble.

The Cardinals are back where they want to be. The Cardinals won 5A-District 4 and get to host two playoff games. Last season they were in the same position but stumbled in the second round to Guthrie. That 25-24 loss was especially hard on the seniors who expected to contend for a gold ball in 2009. This year’s crop of seniors has the same goal, and you can bet they won’t want a repeat of last November.

Why they’ll win it:TRAVIS HILL
The Cardinals’ head coach is as firey as they get. He paces. He screams. He snorts. He wins. Since arriving at East Central in 2007, he’s coached the Cardinals to a 38-7 record. He hasn’t won a gold ball yet, thought. The last time East Central did was in 2005.

Why they won’t: BOOKER T. WASHINGTON RIVALRY
Nobody wearing Cardinals black and red has ever beaten the Hornets. Booker T. has left East Central black and blue in the past three meetings. The Cardinals have struggled against their cross-town rivals since 2004, winning just once. The Hornets have outscored them 165-118 in the past five meetings. The Hornets look like the team to beat in 5A. East Central may have to find a way to do what they’ve been unable to do if they want to win a crown: Beat BTW.

Booker T. is clearly the best team in the state and proved it over the course of the regular season. They beat the defending champions on the road in the season opener. They beat East Central 27-24 on the road. They pounded McAlester in the battle of district unbeatens in the season finale. They’re battle-tested and ready to fight for a gold ball.

Why they’ll win it:CHIP ON THEIR SHOULDERS
After beating Bishop Kelley in Week 5, one of the players said that the 21-0 shutout over the Comets was just the beginning. He wasn’t kidding. It was the first game in a stretch of four straight where the scoreboard operator didn’t have to bother with the opponent’s light bulbs. BTW didn’t allow a single point for four weeks.

They said they were taking out frustrations on teams. They’re still upset about not being able to defend their 2008 gold ball after being forced to forfeit games a year ago due to OSSAA rules violations by coaches. Now they want to win the state title that they never got to play for.

Why they won’t:FOCUS
There really isn’t a lot to plead a case here. Booker T. has the state’s best defense and has more than enough weapons on offense to mix things up and keep it interesting. The only thing that could catch them is it a lack of focus. If they get too worried with stats and numbers, they could stumble. Odd are, head coach Darrell Hall won’t let things like that get in the way to the team’s ultimate goal.

Disagree? Chat about the playoffs in our High School Football Forums