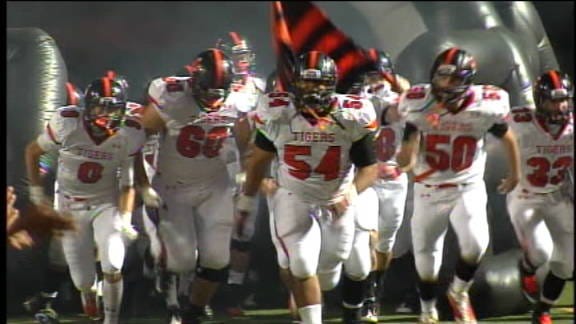 NORMAN, Oklahoma -- After winning just nine games in their previous three seasons, the Norman Tigers have notched eight wins with one week left to play.

A big part of the Tigers’ success can be attributed to dynamic running back Donovan Roberts. Through nine games, the junior has racked up 1,570 yards on 223 carries for 7.3 yards per carry and 24 touchdowns.

Perhaps most surprisingly is the Tigers – whose first loss came in week eight by 13 points to the Broken Arrow Tigers – have a chance at a district title.

Norman can claim the crown in one of the toughest districts in the state with a win over the Jenks Trojans and a Broken Arrow loss at Shawnee.