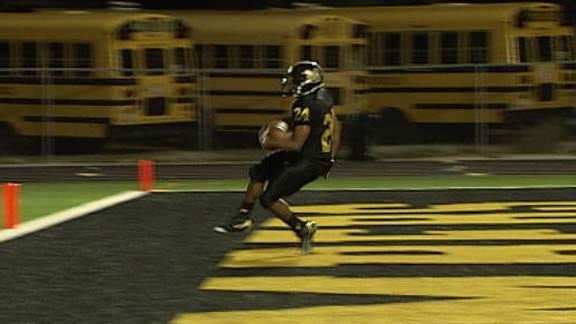 Midwest City (6-0, 3-0) had a lot to cheer for not only in the homecoming festivities but also on the field as quarterback Greg Austin found James Flanders for a touchdown early in the game and then later found Cajun Cox for the Bombers second touchdown.

Moore (0-6, 0-3) is back in action Thursday against Norman North while the Bombers travel to Choctaw Friday to face the Yellowjackets.