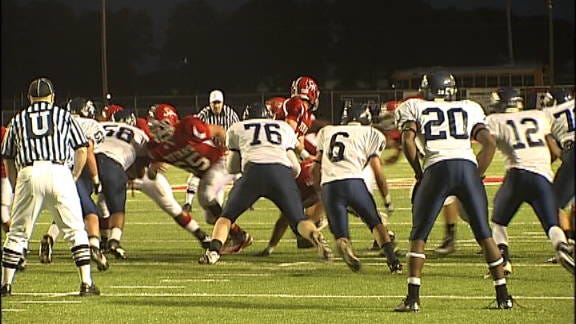 OKLAHOMA CITY – Though Carl Albert opened its season with a disappointing loss to Booker T. Washington, it has seemingly lit a fire under the Titans.

The Titans continued that momentum with a 57-14 win against El Reno on Friday.

Running back Kenton Whittington opened up the scoring with a 28-yard run to put Carl Albert up 7-0.

Soon after, the Titans recovered a fumble and turned it into another touchdown, giving Carl Albert a 14-0 lead and it never looked back. They led as many as 36-0 before El Reno was able to put points on the board.

Following its loss to open the season, Carl Albert has since outscored its other four opponents 183-36.