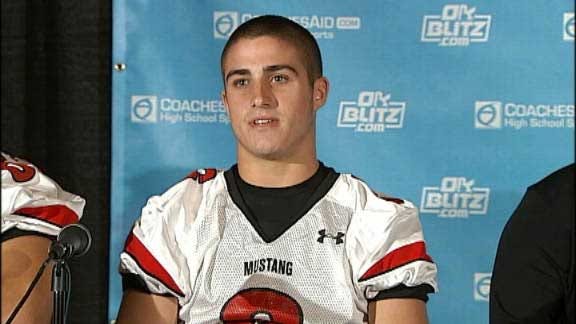 The team’s made it their goal to reach the finals, which would be an amazing feat for the program, community and city of Mustang, according to safety Cale Witter. He said the team wants to end the East side run of state championships.