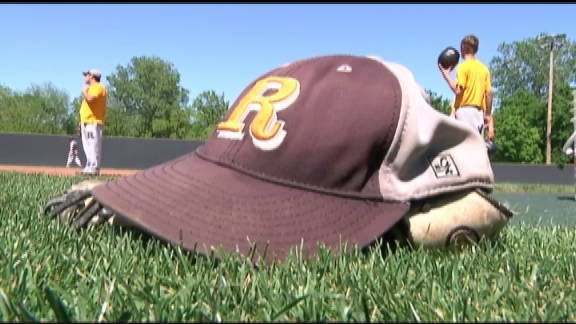 ROFF, Oklahoma -- Home runs are a common occurrence for the Roff Tigers.

The Tigers have failed to hit a home run in only one game this season. The team is turning one of baseball's biggest plays into a normal routine.

The long ball has delivered a pair of records for the Tigers in 2010.

Roff (35-1) enters the final stages of the season with 123 home runs, the most ever by a prep team in Oklahoma and the United States.

Senior Brendan McCurry is pacing the way with 25 homers and 129 for his career. McCurry's 129 home runs are the most ever by a prep player in Oklahoma.

All the players are in agreement when it comes to the ultimate goal. The Home run records will mean little if Roff doesn't bring home another state title in baseball.

The Tigers are swinging for their second straight Class B Championship.

Roff will face Shidler Thursday at Dolese Park. The Tigers are three wins away from capturing another championship and if they win, it would be their 4th spring baseball title in seven years.