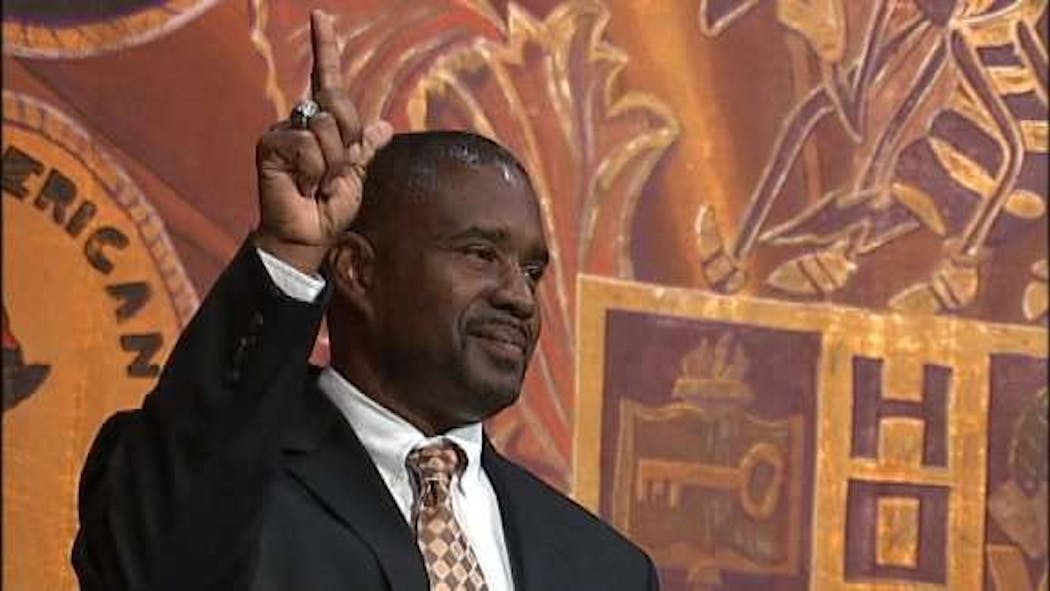 TULSA, Oklahoma – Darrell Hall, who led Oklahoma City Star Spencer to four semi-final appearances and the 2009 4A state championship, was introduced as the football coach at Booker T. Washington on Monday afternoon.

“You’re always interested in a place like this,” Hall said. “There are few great jobs in the state of Oklahoma and this is at the very top of them.”

Hall replaces Antwain Jimmerson, who resigned in January after an investigation found that he violated recruiting, residency and eligibility rules while serving as football coach and the school’s athletic director.

Mike Mims, who is BTW’s Assistant Principal in Charge of Athletics, said character was an important factor in the hiring process and, “everybody spoke very highly of Darrell.”

“That's why they made a change - to right the ship and get things like they need to be,” Hall said. “It's no different than Oklahoma City - there are checks and balances. My job is to check my part of the game and somebody else needs to check their part of the game. It's kind of like the political system of the United States. There are checks and balances all the way across."

Hall played football at East Central University and started his coaching career in the Moore school system before going to Star Spencer as an assistant coach 10 years ago.

“I loved where I was at,” Hall said. “It was hard telling my football team this morning I wasn’t going to be a part it anymore.”

“In Oklahoma, the time of the year that the state championship is won, it’s pretty cold, it’s pretty windy so were going to take what they give and make the best of it,” Hall said.