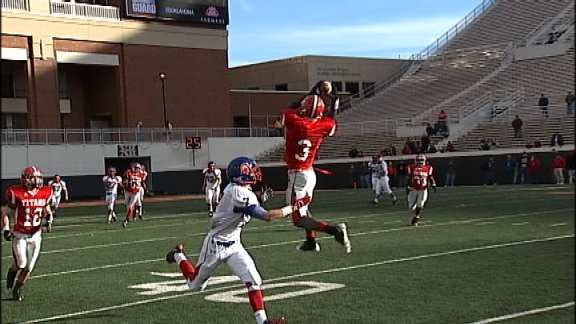 Carl Albert's Tre'Vante Porter confirmed to Oklahoma Sports via text message Sunday that he will commit to Texas Tech. Porter made and official visit to Arizona Jan. 30, but decided to play in Lubbock.

Porter decommitted from the Red Raiders after Mike Leach's firing. He made an official visit to Lubbock Jan. 15 to meet with new coach Tommy Tuberville.

Porter said he was excited to receive a late offer from Oklahoma to play receiver but chose to go out of state instead.

"I just didn't have a feel for them," Porter said.

He said he will play defensive back for the Red Raiders.