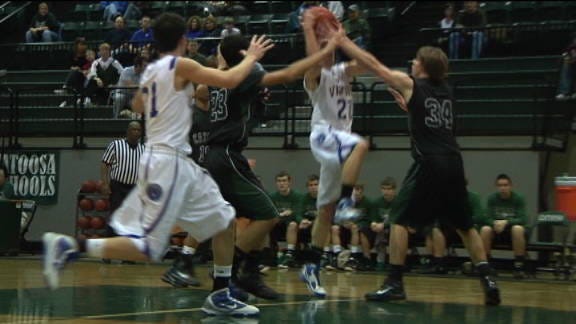 CATOOSA, Oklahoma – Victory Christian advanced to the consolation championship of the Port City Classic with a 37-25 win over host Catoosa on Friday.

Victory Christian’s LJ Ross led all scorers with 21 points, while Braden Beer poured in 12 for the Indians.

After both teams battled to a 10-10 tie in the first quarter, Ross led the Conquerors to a 20-14 halftime lead. The sophomore had 10 points in the first half.

Victory Christian extended its lead to nine in the third quarter and eventually won by 12.

The Conquerors will face Bixby in the consolation championship at 2:30 p.m. Catoosa will battle Verdigris in the 7th place game at 11:30 a.m.