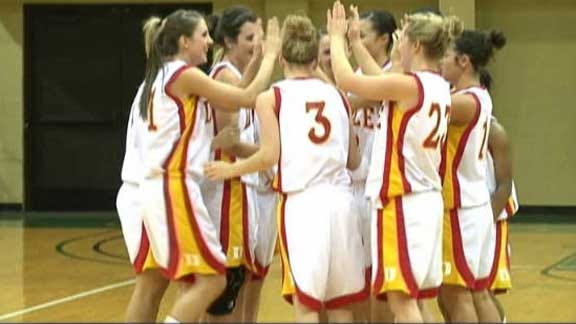 SHAWNEE, Oklahoma -- The Dale Lady Pirates jumped out to an early 23-5 lead at the Pottawatomie County Tournament and controlled the pace of most of the game. They’d end the first half against Wanette, 45-8.

The Wanette Tigers would drop the game 77-13.

Dale’s Brenna Burnett scored 15 points in the first half before coming out of the game, while teammates Linilee Lebins and Kaylee Wilkins both scored 10 points each.