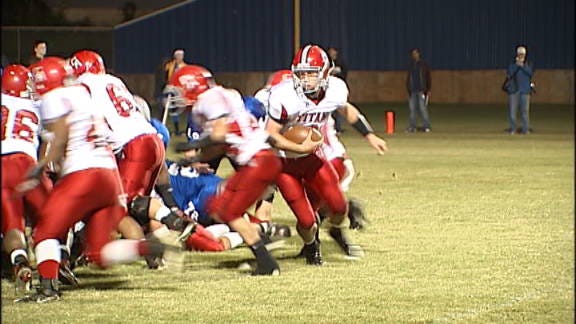 GUTHRIE, Oklahoma -- Trevante Porter scored twice in the first quarter, and Carl Albert never looked back on its way to a 40-14 victory over Guthrie. The eighth-ranked Titans (5-2, 3-1),travel to Ardmore in week 8.

Good news for senior receiver Markell Walker, who was carted off the field in a stretcher in third quarter. He gave a thumbs up while being taken to the ambulance, and reports indicate it was a precautionary measure.