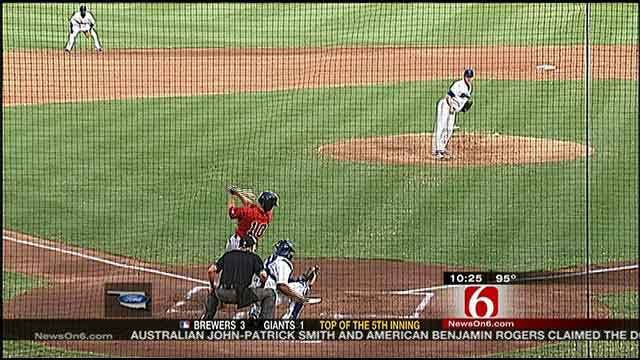 TULSA, Oklahoma -- Tulsa opened a four-game home stand with a 4-1 win over the Arkansas Travelers, thanks to a strong outing from Rob Scahill.

The Drillers' (48-50) right-handed pitcher allowed a single earned run on four hits and struck out five in his seven innings pitched. Scahill's (8-7) only earned run came in the top of the eighth on a Matt Cusick ground out that allowed Orlando Mercado to score from third.

Eddie McKiernan (4-9) was credited with a loss for Arkansas (49-45) outing, giving up six hits and two earned runs, while striking out four in his 6.2 innings of service.

Tulsa got on the scoreboard first, thanks to a line-drive single to center field by Scott Beerer to score Bronson Sardinha home from second.

In the bottom of the seventh with runners on second and third, James Cesario singled to center field to bring Sardinha and Beerer home to extend the lead to 3-0. Sardinha drove in Ben Paulsen in the bottom of the eighth to push the Drillers' lead back to three runs.

The Drillers will try to make it three in a row at 7:05 p.m. Saturday, the second of a four-game series against the Travelers.