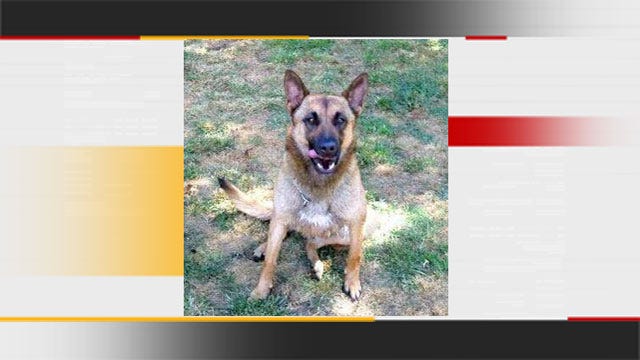 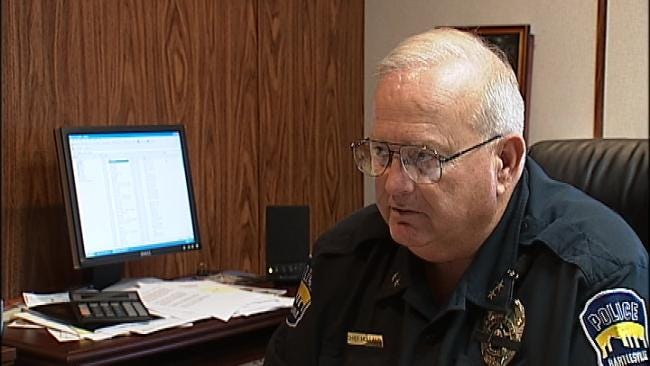 BARTLESVILLE, Oklahoma --  The Bartlesville Police Department is mourning the loss of another K9 officer, one year after a police dog died of antifreeze poisoning.

The police chief says Copper had only been with the department about five months. The two-year-old Belgian Shepherd dog was found dead in his kennel Wednesday afternoon.

An autopsy's being performed but so far -- all signs show Copper fell victim to the extreme heat.

The Bartlesville Police Department employs a team of drug dogs. When they're not fighting crime -- these pups are cared for by their officers.

The pen was next to the house and did have some shade. Before leaving, the officer made sure Copper had plenty of food and fresh water.

"When he got back about an hour and a half, two hours later - the dog was laying on the slab, unresponsive, and had died," Holland said.

Chief Holland sent detectives to check out the death. Their investigation showed the dog couldn't take the summer heat.

"Definitely shows you need to be mindful of what your pet's exposed to while it's outside," said Dan Canfield of the Humane Society of Tulsa.

The Humane Society of Tulsa says what happened to Copper could really happen to any dog if owners don't pay attention to warning signs like heavy breathing and panting.

"With this high heat you're definitely looking at lowering your walk time," he said.

Owners should also consider walking their dogs earlier in the morning or later at night -- when temperatures have cooled.

"Dogs that are better suited for outdoors sometimes can't take this high heat. They need to be brought inside," Canfield said.

The Humane Society tells owners -- check your dog's paws. Their paw pads are responsible for 20 percent of their cooling process.

Bartlesville Police will have a memorial service for Copper.

"This is losing a member of the law enforcement team and it hits us hard," said Chief Tom Holland.

The Chief says officers will check if Copper had enough shade. He says he will discipline officers if an investigation shows any wrongdoing.

All to make sure -- an accident like this never happens in the department again.

The department will also make sure every officer, and dog, on patrol has enough water. Coincidentally, a new K-9 officer is on its way to Green Country all the way from Great Britain.

The dog was donated to the Bartlesville Police Department and will hit the streets in the coming weeks.