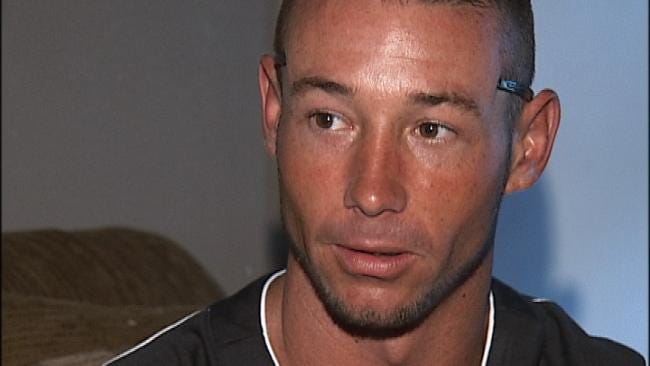 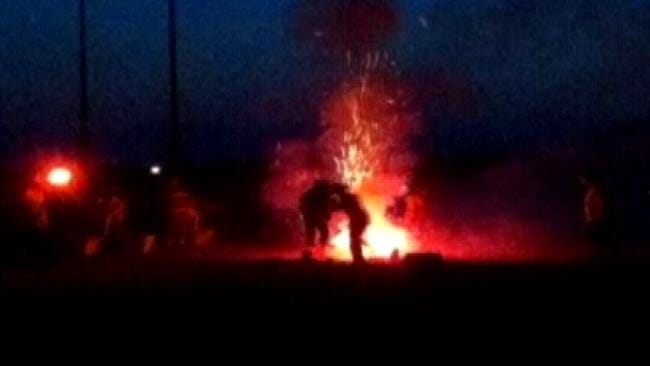 CHECOTAH, Oklahoma -- A Fourth of July fireworks show turned into a fire fighting emergency in Checotah.

Two separate explosions injured two firefighters, sparked a grass fire, and abruptly ended the show early. Both firefighters ended up with concussions, but are expected to be okay.

"We done plenty of grassfires, house fires, and wrecks. You do a little fireworks show and you get hurt. It's amazing," Will Ferguson said.

As a Checotah volunteer firefighter, Ferguson has worked the fireworks show three years in a row. But now he's sworn off it.

"All I remember is lighting it, turning, and when I turn next thing I know face first into the dirt and rolling around on my back. And everyone being right above me," he said.

A picture captured the firework as it exploded, practically before it left the ground.

"It was actually exploding when it was coming out of the canister, I mean it was right there," Ferguson said.

Ferguson's fellow firefighters got him in the fire truck. Believing it was a fluke, the show went on. But 15 minutes later, another firefighter was caught in a second explosion.

"Apparently it blew the helmet off him and got through the nomex and onto the back of his head," Ferguson said.

"We look to the right, back to the east and the field starts catching on fire. So we got him on the ground, me in the truck, and we're over there fighting fire."

The second firefighter, Jeremy Mathews, spent the night in the hospital. Luckily, all of the firefighters involved were wearing full gear.

"My bunker helmet, shield down, earplugs, my bunker uniform, and, probably if we didn't have that on, I can't tell you what it would have done," said Ferguson.

Ferguson still ended up with a concussion, hearing loss, and a hole in his right eardrum.

"Nah, I think I should be somewhere else. The good Lord is behind all of us," he said. "Beyond crazy. I wouldn't want to do it again. I'll tell you that. After seeing the photos, don't want to do it."

Will Ferguson says they did everything by the book. The city installed the tubes used to launch the fireworks.

And everything checked out okay before the show.

He believes Checotah ended up with a couple of bad fireworks that simply didn't have enough lift powder to get them up in the sky, before they exploded.