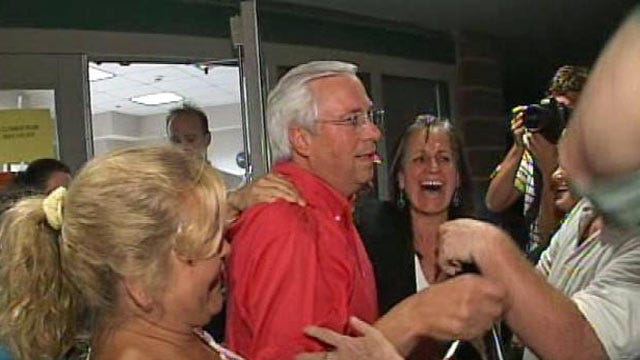 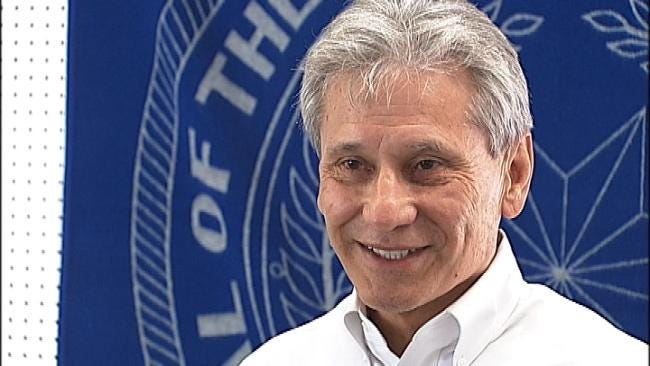 TAHLEQUAH, Oklahoma -- In what's been a back and forth battle, the Cherokee Nation has a new chief.

"It's a great day for the Cherokee Nation," Baker said. "I appreciate all of Chief Smith's hard work, but I think the people have spoken and want to go in a different direction."

"We're ready to get about the biggest job I've ever been on, which is building this nation," Baker said.

It's the second time in less than a week that results of the race changed. Unofficial results released Sunday showed Baker leading Smith by 11 votes, but when the election commission certified the vote on Monday, Smith led by seven votes.

The commission offered no explanation as to why the vote totals changed.

Thursday's recount came after a five hour hearing by the Cherokee Nation Supreme Court.  There were questions about the integrity of the ballots, but the Supreme Court determined the ballots were preserved in the way they are supposed to be under Cherokee law.

The court also ruled the Cherokee Nation Election Commission should turn over all related election documents to both Baker and Smith.

More than 15,000 votes were cast in Saturday's election, and workers went through the ballots by hand Thursday.

In a statement, Chad Smith said he was "perplexed" by the results:

"Tonight's recount totals are perplexing and result in more questions than answers. The number one question is how I lost 262 votes while my opponent gained 11, and the total vote count in the election dropped by more than 250. We have not gotten an explanation from the election commission about the 250 vanishing votes, but we will insist upon answers within the appeals process."

According to Cherokee Nation election law, Smith has until July 5 to appeal the validity of the election's outcome.

A run-off election to determine the outcome of the Deputy Principal Chief's race between Chris Soap and Joe Crittenden will be held on Saturday, July 23. Three seats on the Tribal Council will also be decided during the run-off.