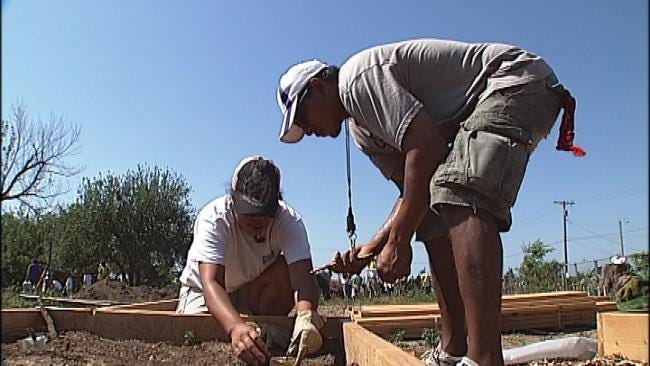 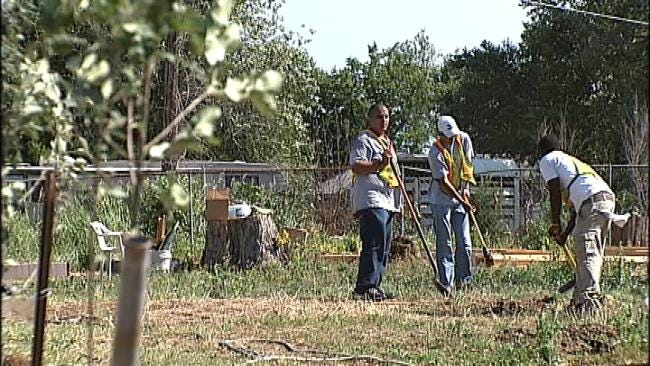 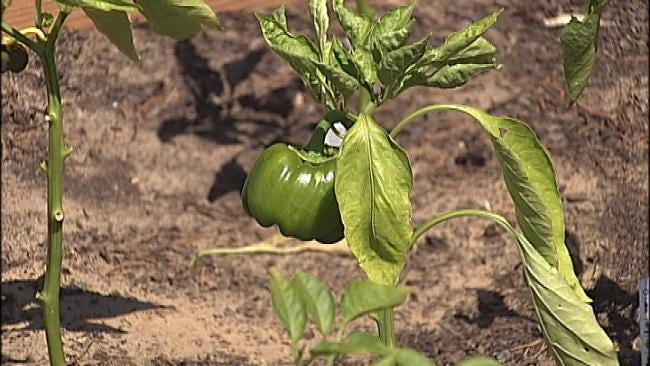 TURLEY, Oklahoma -- Around 60-percent of the residents in Turley are not sure where they will get food for their next meal. But they'll soon have a new place for fresh fruits and vegetables.

It comes courtesy of a national foundation dedicated to teaching people how to grow their own food.

Dre and Sid Roman Nose are putting the finishing touches on their new garden.

"Lavender, that's thyme, and that's basil over there," Dre said.

Their plot of land is part of what's to become Turley's newest park and kitchen garden.

"It's good for the community and I think it's going to bring everyone together," Dre said.

The land for the park was bought a year ago by A Third Place Community Foundation, a local group dedicated to Turley and far north Tulsa.

They spent the past year removing buildings and clearing the land, prepping it to become a new gathering place for residents.

"And so just cleaning up this beautiful spot and making it beautiful again is going to lift spirits," said Bonnie Ashing of Third Place.

The park won a contest sponsored by the National Fruit Tree Planting Foundation and Edy's Fruit Bars. The foundation donated fruit trees and helped show residents how to care for them.

"There's nothing like going outside in your own home garden and picking your own okra and tomatoes," said Bobby Cooper, resident.

The park will help feed close to 5,500 people here in the Turley area. Organizers say it's part of an effort to increase the quality of life here and increase the access to healthy foods.

Residents will be able to come here to pick fresh fruits and veggies--some, like the Roman Nose's, will even have their own garden.

"We had the seeds we just never got it started, so now we have places to have it planted," Dre said.

Residents hope this becomes more than just a place to find good food, but also a place that helps revitalize a community.

"This is great for family, for kids, everyone can come out her and communicate," Dre said.

A Third Place Foundation plans to continue to add to the park but say they could use financial help.