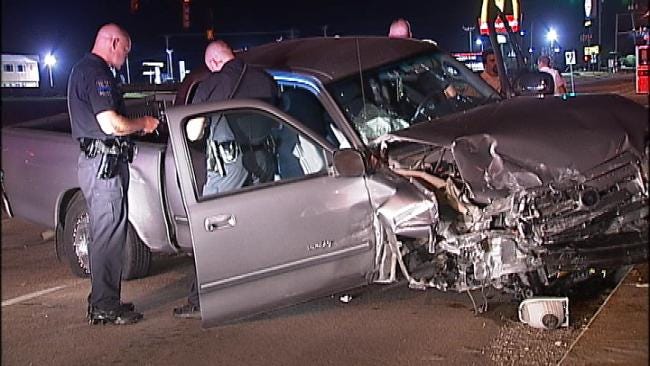 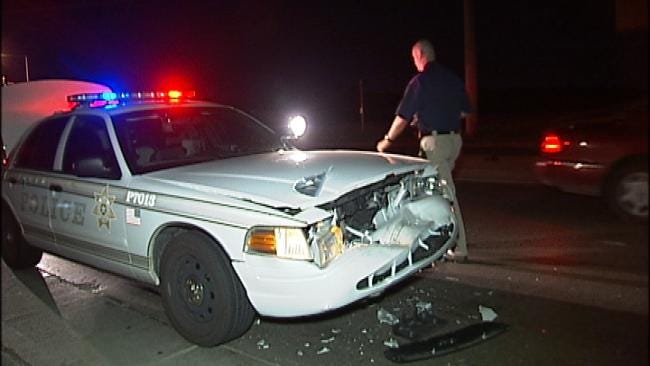 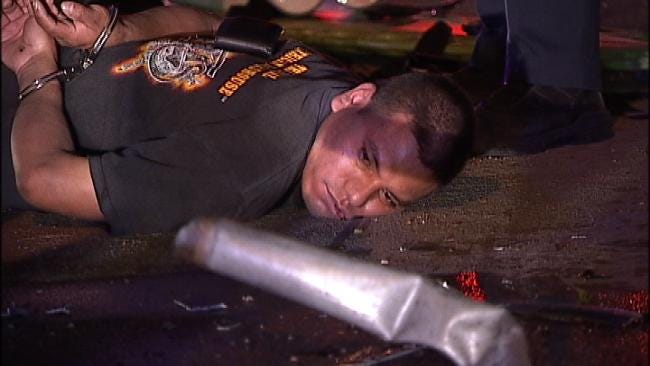 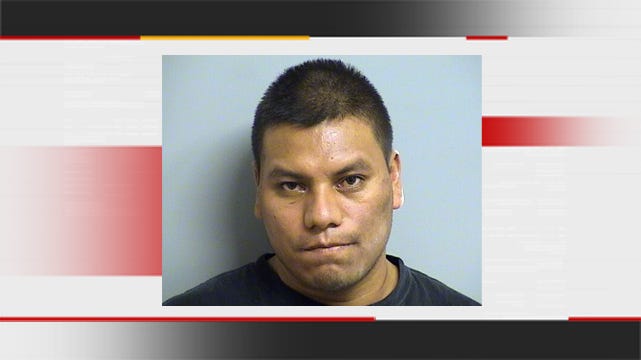 TULSA, Oklahoma -- Tulsa police made an overnight arrest after a man fleeing one wreck ran into a police car. Norberto Navarro Lopez, 34, was booked on several complaints including driving under the influence, eluding police, assault and battery with a deadly weapon and three counts of hit and run.

Police say Lopez was first involved in a hit and run accident at 21st and Garnett at about 2:30 a.m. Police say he then left the scene in his Toyota Tundra going west on 21st Street.

A Tulsa Police officer had parked his patrol car in the outside eastbound lanes of 21st Street to check on a pedestrian under the Interstate 44 bridge.

As the officer talked to the pedestrian, the Toyota hit the parked police car.  The Toyota driver then backed up and continued west on 21st Street.

Other officers pursued the Tundra which headed north on Memorial into the airport complex. The Tundra hit another vehicle that was leaving the American Airlines maintenance building at Interstate 244 and Memorial.

Lopez finally stopped on the I-244 bridge.  Police say he initially refused to leave his truck but finally did.  He was checked over by EMSA for injuries then taken to jail.

One of the crash victims in the 21st and Garnett wreck was taken to a local hospital.