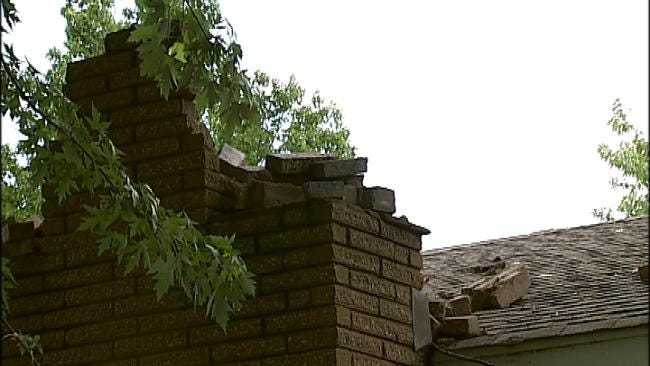 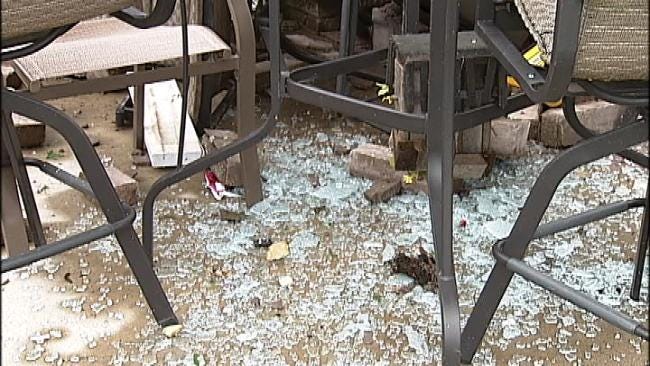 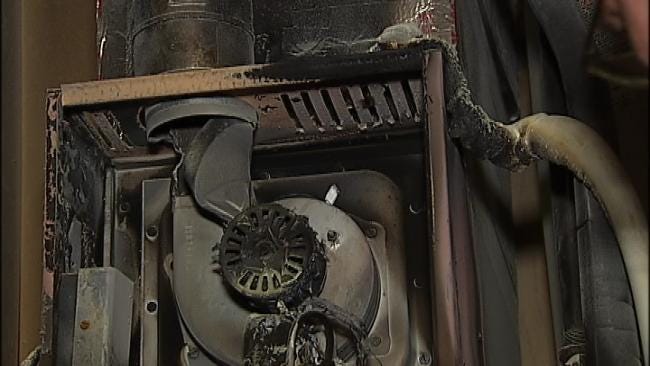 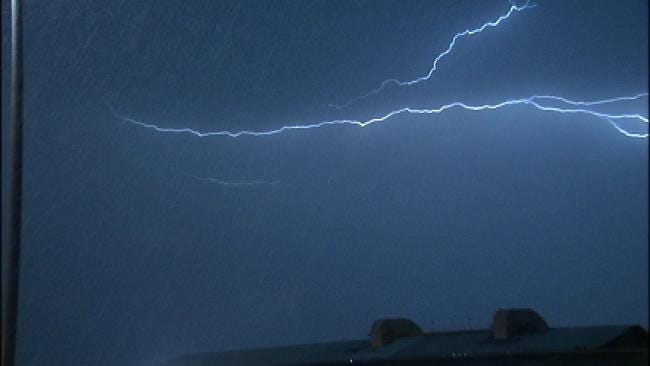 TULSA, Oklahoma -- A line of severe thunderstorms rolled into eastern Oklahoma Thursday morning, dumping rain and small hail as it passed over the Tulsa area.

A strike sparked a house fire in the 1600 block of West Walnut.  Lightning struck the chimney of the home.

Homeowner Terry Mason said the bolt woke up him and his wife.  He thought it had hit nearby, but his wife said she heard glass breaking and got up to see what had happened.

"Opened up the attic access and could smell smoke so we called 911. It definitely hit hard," Terry said.

Glenda Mason said she knew something was wrong when she heard broken glass.

"I got up and looked at the glass in the windows and couldn't see anything. So I opened up the back door and when I opened it, I noticed everything was wrecked," she said.

The Masons have gas pipes in the attic, so the lightning struck the chimney and the pipes, which sparked a fire in the furnace. The fire department put the fire out.

The Masons are still checking out the damage and the repair efforts are already underway.

Inside, the power surge hit the DVD player and surround-sound stereos, spared the TV and computer, but took out the kitchen TV. They now have no air conditioner, no hot water and most devastating of all to Glenda.

"We don't have coffee maker, I may not make it through this without that," Glenda said.

The storm also did a number on a home in South Tulsa. The homeowner said the lightning blasted two holes in the roof, blew out his televisions and even fried the electronics inside his car.

No one was hurt at either home and Glenda Mason is crediting an unlikely hero at her house.

"This table is really what probably saved our lives," she said.

She said had she not heard the glass break after the strike, they never would have discovered the fire so quickly.

"If we'd have gone back to sleep, we would have woken up to some real problems," she said.

The Masons said the insurance adjuster can't come out to their home until Sunday, so they'll be without air conditioner in this June heat until then.