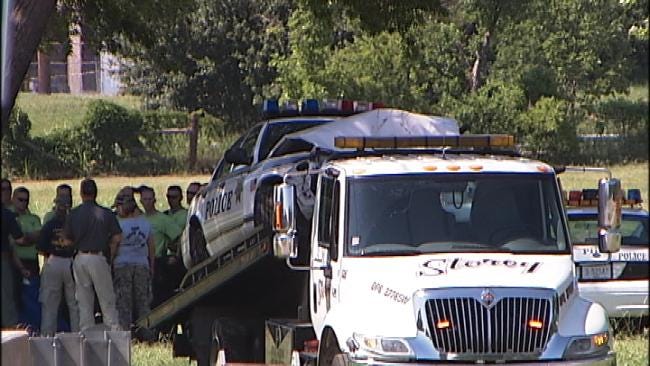 TULSA, Oklahoma – A Tulsa police cadet escaped injury when he crashed his squad car during a training exercise Wednesday afternoon.

Captain Rick Helberg said the cadet was practicing high speed driving in the 10700 block of East Admiral Boulevard when he lost control going around a corner and slammed his squad car into a tree.

The cadet and a trainer in the car were not injured.

Helberg said that is exactly why they have training, so accidents like this don't happen out in the field.

The class of cadets is set to graduate from the police academy in July.