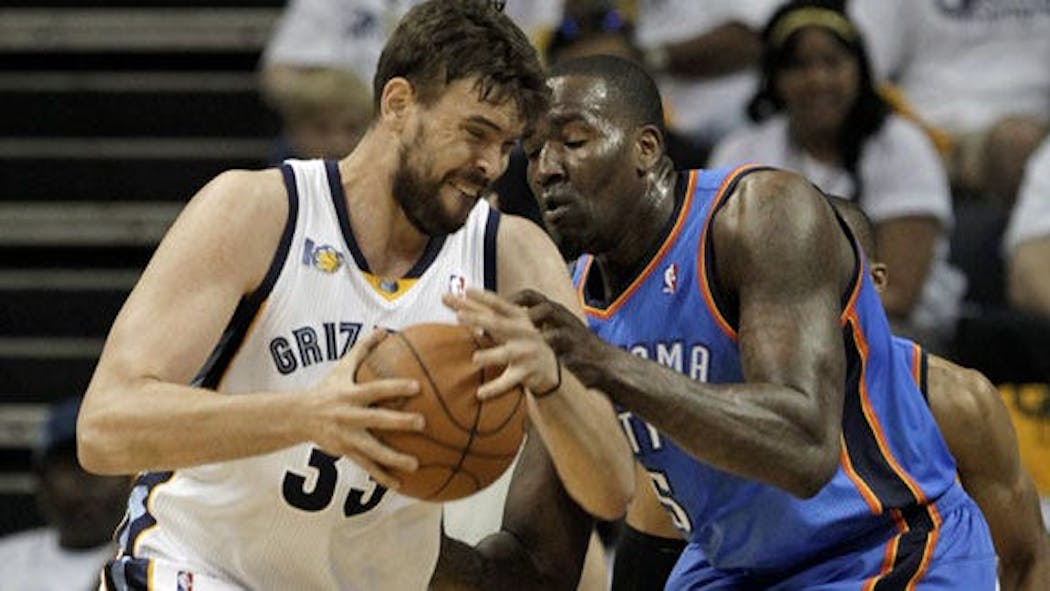 MEMPHIS – Saturday’s game was a tale of two Thunder teams.

The Northwest Division Champion Thunder started the game, but the Oklahoma City team that lacked a true identity two seasons ago seemed to finish it.

The Thunder gave up a double-digit lead late in the game, allowing Memphis a 101-93 victory on Saturday as well as a 2-1 series lead.

OKC controlled most of the game as a 12-1 run in the second quarter gave the Thunder a nine-point advantage.

After an eight-point lead at the half, OKC a double-digit lead on its first basket of the second half, a short jumper from Russell Westbrook.

Oklahoma City led by as many as 16 and had a 13-point advantage entering the fourth quarter, but it was mostly downhill from there.

From the start of the fourth until the two-minute mark, Memphis outscored OKC 21-8, taking their first lead since early in the second quarter.

Two free throws from Westbrook knotted the game, and Durant and Zach Randolph each missed potential game-winning shots at the end of regulation.

Overtime was all Grizzlies, however, as an eight-minute span without a field goal from the Thunder spilled into the extra period.

OKC players had a rough shooting night overall, shooting 36 percent as a team.

Russell Westbrook flirted with a triple-double (23 points, 12 assists and six rebounds), but shot just 7-22 from the field.

Several Thunder players were banged up coming into the game and continued to get banged up.

Serge Ibaka, who suffered ankle and knee injuries during Game 2 in OKC, re-aggravated his left ankle and had to be helped to the locker room. He returned to action shortly after.

Kendrick Perkins said he was about “65 percent” entering the game but still put up 13 rebounds (six offensive).

The Grizzlies experienced a 24-point swing in their favor over the game’s final 22 minutes.

Oklahoma City won’t have much time to recover from the disheartening defeat, for the two teams play at 8:30 p.m. central time on Monday in Memphis.