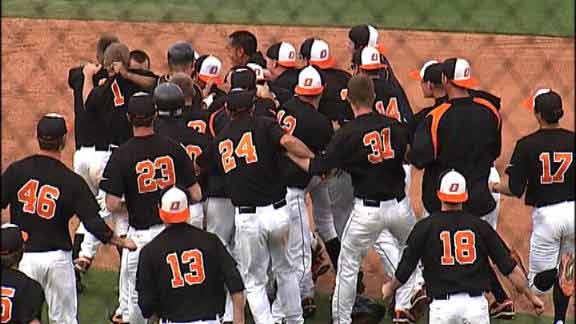 STILLWATER, Oklahoma -- Oklahoma State pitcher Brad Propst was named the Big 12 Conference Pitcher of the Week Monday for the week of March 21-27, it was announced by the conference office Monday.

The right-handed pitcher earned the honor for his complete-game win over No. 4 Texas last Saturday, handing the Longhorns their first conference loss of the season. The senior from Amarillo, Texas gave up just one run on seven hits while striking out six in just his second complete-game of his career to improve to 4-1 on the season.

The honor makes the third weekly conference honor for Oklahoma State this season, with Gabe Weidnaar and Chris Marlowe earning Big 12 Newcomer of the Week honors for the first two weeks of March.

The Cowboys will be back in action at 6:30 p.m. Tuesday against Oklahoma Wesleyan University, before traveling to Lincoln, Neb. for a weekend series against the Nebraska Cornhuskers.