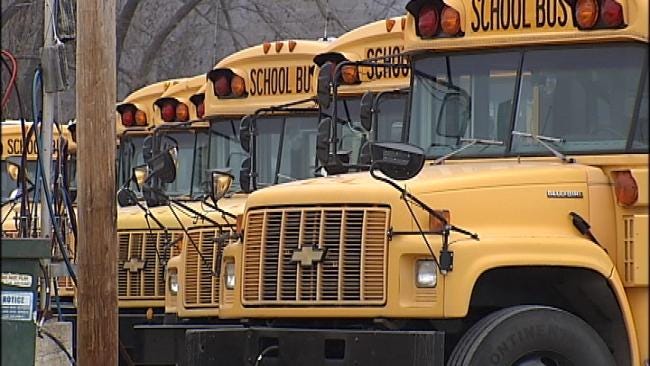 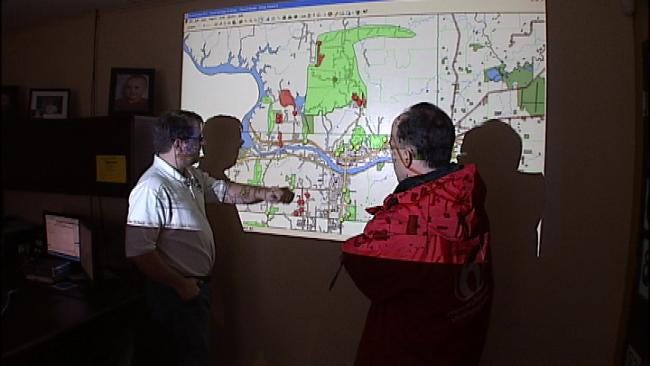 TULSA, Oklahoma -- Tulsa Public Schools and most Tulsa area school districts say they'll be closed Tuesday. They made the decision hours earlier then they usually do.

The decision to close, based on the forecast, instead of actual conditions, is unusual. In this case, the folks who make the decision say the predictions left no doubt.

At Tulsa Public Schools, it is Otway Burkhalter who decides whether or not it's safe for the buses.

"We may not have an ice problem, but if we get the kind of snow they're predicting, we're going to have a snow problem," Burkhalter said.

Burkhalter considers the hilly streets around some of Tulsa's schools, and then makes the recommendation to the superintendent.

"The earlier you can make a decision, the more time the parents have to plan," he said.

Out in Sand Springs, the problem is all of the hilly neighborhoods that make up a good part of the district.

"What we're looking at is the green or red areas are the places where we cannot safely send a bus," said Sean Parker of Sand Springs Schools.

This winter, for the first time, Sand Springs has set up ice routes for certain buses for days when the streets are clear for most of the district.

Plumlee says they won't rely on a forecast to close schools. "No, I think we'd have to see it," he said.

But, he says if Tulsa takes that step. "Tulsa is the leading factor, if Tulsa goes out, it does create a domino factor."

Usually the districts drive the routes to check conditions, and try to make the decision by 5 a.m. on school days.

After the snow stops, the next decision is whether it's too cold to have children waiting at the bus stop.

Considering the forecast, that could be a big factor for Wednesday and Thursday.