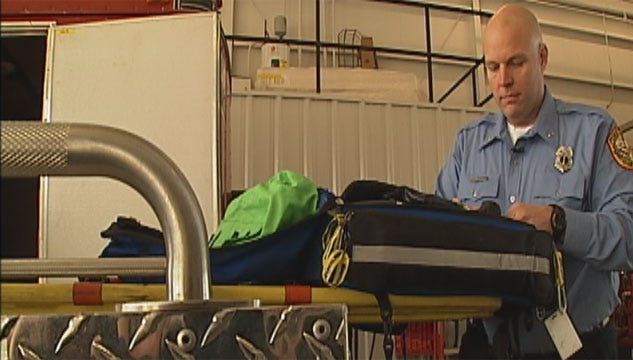 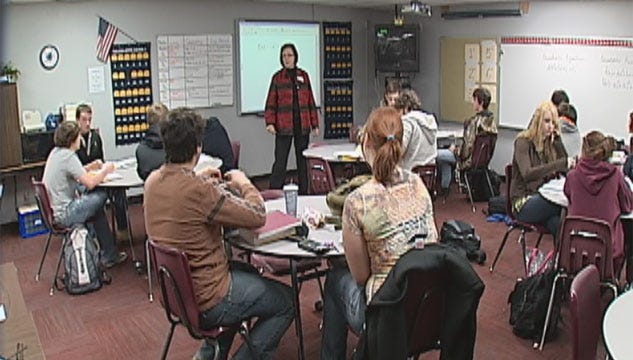 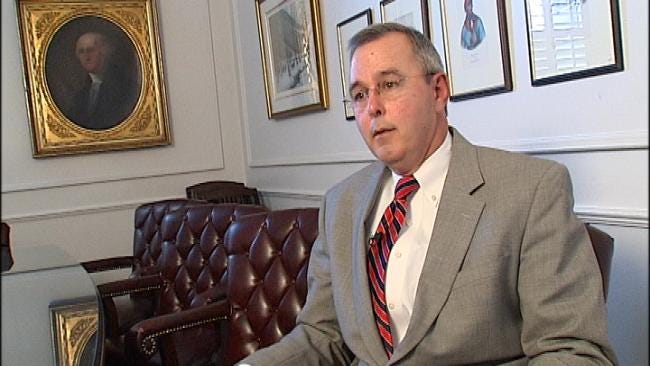 OKLAHOMA CITY -- Teachers, firefighters, police officers, state employees -- a quarter of a million strong-- are the backbone of the state, and yet there's reason for many of them to wonder if the support the state promised in return might be in jeopardy.

Recent reports suggest Oklahoma's retirement systems -- for teachers, firefighters, police officers and state workers -- are among the least fiscally stable in the country and could run out of money at the end of this decade.

Martha Wissler, a math teacher at Edmond Memorial High School, said she understands numbers well enough to realize if something doesn't change, her state retirement system -- by far, the state's largest -- could become unable to pay her the pension she's counting on and which the state promised her.

"I would be wanting what was promised to me," Wissler said.

Even with the low funding ratio, experts agreed OTRS has enough assets ($9.6 billion) to pay retired teachers' pensions -- in full -- for at least the next several years. It's the years after that which are a concern.

That's exactly what the newly-elected President Pro Tempore of the State Senate, Brian Bingman, wants to avoid, and it's why Sen. Bingman appointed a Select Committee on Pensions to immediately begin looking at options for improving the fiscal health of all the state's retirement systems.

Bingman and others in the state legislature worry, not just about 47.9, but about 16.5. That's the number of dollars -- in billions -- that the state's retirement systems are short of being 100 percent funded.

More than double the state's total annual budget, this so-called 'unfunded liability' could drag down Oklahoma's bond rating and, according to Bingman, push the systems to their tipping point.

"We don't want to get to that point in Oklahoma, so let's look at it now while it's still manageable," Bingman said.

It was Bingman's predecessors, in the 1940's, who created the state's first pension systems, and a long line of succeeding legislatures that failed to adequately fund them.

The result has been gradually decreasing funding ratios, which some experts say, portends a total collapse of Oklahoma's pension systems by 2020.

"The only thing that would cause our pension systems to collapse in the next ten years would be a collapse of the United States of America," said Bob Jones, executive director of the firefighters' retirement system.

The executive director of the firefighters' retirement system is only slightly better funded than the teachers' at 54 percent. Jones insisted there's no reason to panic and worries that Sen. Bingman's decision to send a committee in search of a 'solution' is too knee-jerk.

The stock market, Jones said, will rebound, and with it, the state's retirement systems. He said the managers of these systems have to think long-term, and so should lawmakers.

"I'm a little concerned that they're working off of really short-term assumptions," Jones said.

Firefighters like Midwest City's Bert Norton agreed. Norton has 16 years in the system -- four shy of the 20 he needs to retire. He said he's not planning to retire at 20 but has always looked to that milestone as a critical to his family's future. A firefighter's pension, as it's currently formulated, he said, is a big incentive.

"You know, you're this close to getting something and then it's going to be taken away, Norton said.

Norton said he and others at Station 2 in Midwest City are truly worried that lawmakers, in an attempt to save the system, will ruin it.

"We would like for them to think things through and to not come and say, 'This year we're doing it.' Well, we're doing what?" Norton said.

What the committee could do -- or recommend doing -- isn't fully clear. Legislative leaders say the committee will meet a couple of times before the start of session, and will hear from a wide range of stakeholders. Committee members are also expected to look at measures being pursued in other states, in response to similar problems. Those measures include switching from 'defined benefit' systems to 'defined contribution,' raising the retirement age, changing the benefit formula, even increasing the employee contribution rate.