Construction Begins On Next Leg Of Tulsa's Gilcrease Expressway 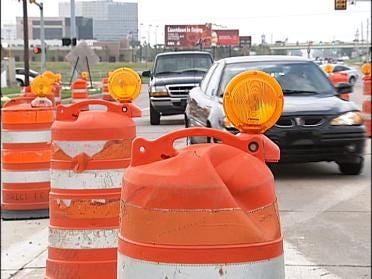 TULSA, OK --  Construction begins this week on the next phase of the Gilcrease Expressway.  This latest phase will be from the Tisdale Parkway to 41st West Avenue.

The new stretch will be a two-lane highway on a four-lane right of way, which the city of Tulsa says will allow for widening in the future.

In a news release, Tulsa officials say beginning Thursday Osage Drive will be closed to through traffic between Apache Street and 36th Street North.

A detour route will be posted.

The closure will be in effect until completion of the project in May 2011.

A short stretch of Osage Drive will be reconstructed on a new alignment.

Construction Begins On Next Leg Of Tulsa's Gilcrease Expressway