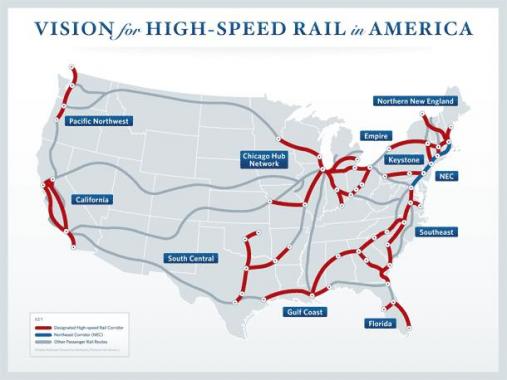 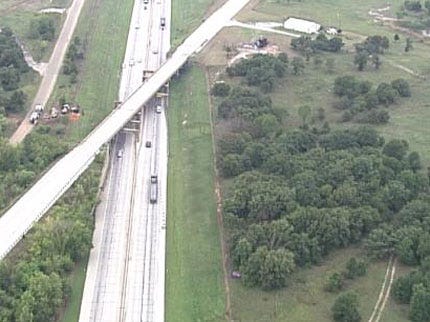 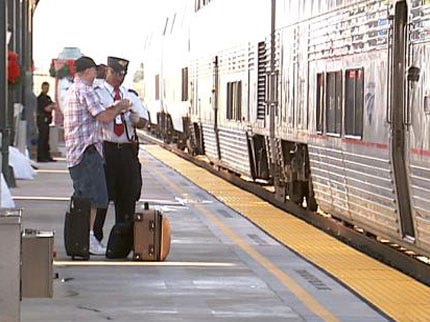 OKLAHOMA CITY, OK -- President Obama has a vision for high-speed rail in America. He set aside $8 billion in stimulus to go toward its development. The Oklahoma Department of Transportation is applying for $2 billion of that money.

Oklahoma, Part of the Vision

For more than a century freight trains have ruled the Sooner rails, carrying cargo that's helped the economy grow. Now transportation officials hope passenger trains will spur economic growth, not just in Oklahoma, but across the United States with a series of high-speed rail corridors. Oklahoma is in the South Central corridor.

"We think that if it's going to be part of the country Oklahoma needs to be a part of that," said Gary Ridley, ODOT's Director.

With the President making $8 billion in stimulus dollars available for high-speed rail, ODOT is striking while the rail is hot by applying for a quarter of that to build a line connecting Tulsa and Oklahoma City.

The tracks would be built along the north side of the Turner Turnpike. Two trains would make 6 trips a day traveling faster than 150 miles per hour. ODOT estimates there would be 1,400 riders each day. The trip would take about 59 minutes from downtown to downtown. It would take 72 minutes if travelers use park and ride stations on either end.

The state already owns the Stillwater Central Railroad which currently runs between the two cities, but an ODOT spokesman said that railroad is not an option for high-speed rail for many reasons. Most importantly it is too curvy and, even with the necessary upgrades, the spokesman said it would take a passenger train three hours to make the trip. In order for high-speed rail to be viable it needs to be competitive with drive times for the same trip.

The corridor along Interstate 44 that ODOT has designated for high-speed rail would be about 280 feet along the "already disturbed" turnpike corridor. A consultant for ODOT said the state would need more right-of-way though. The spokesman said ODOT would go through the condemnation process with landowners if it became necessary.

"If we had the money today we believe that we could be very close to being completed by the end of six years," said Gary Ridley, ODOT's Director.

But talk of passenger rail between Oklahoma City and Tulsa has been sweeping across the Oklahoma plains for decades. Many Oklahomans are skeptical that it will ever happen. ODOT's Director, Gary Ridley, acknowledged that.

The grant ODOT is applying for is competitive and the competition is fierce. There are ten other designated corridors, most of them with higher population densities than Oklahoma. But ODOT officials believe that could actually work against those corridors. Some states are asking for more money than is up for grabs. California, for example, is asking for more than $20 billion in high speed stimulus money. Because the $2 billion Oklahoma is asking for would build the entire project, ODOT believes we have a better chance to receive the money.

Many other people involved in the application process believe ODOT is well-positioned to receive the grant money too.

"And these state DOT's that have been long-time partners of ours, like ODOT, are best positioned to compete for some of the stimulus money," said Marc Magliari, Amtrak Spokesman.

Magliari says Oklahoma is one step ahead of some applicants because of The Heartland Flyer, Oklahoma's existing passenger rail service. It too would be upgraded to higher speeds if ODOT receives the $2 billion it's applying for.

The Heartland Flyer runs from Oklahoma City to Fort Worth, once a day, and then back. More than 80,000 passengers took the train in 2008, exceeding expectations.

"We'd like to grow those numbers further and talk about additional service in Oklahoma," said Marc Magliari, Amtrak Spokesman.

With Obama's billions up for grabs many Oklahoma rail advocates are hopeful.

"So you think that spending the money on high-speed rail would be a good investment?" asked Oklahoma Impact Reporter Jennifer Loren.

"Yes I do. I think it would be," answered Ken Wieland, Heartland Flyer passenger.

The $8 billion President Obama made available through the stimulus would be followed up with even more money. Obama plans to spend an additional $1 billion a year on high-speed rail for at least five years. And if high-speed rail does happen in Oklahoma taxpayers would likely have to help pay an estimated $21 to $22 million a year to operate the trains.

"There's just not that much traffic. People don't travel that much," said Jo McCarley, Heartland Flyer Passenger. "I think it's un-needed. I'm against the stimulus to begin with."

President Obama and his Transportation Secretary said people will travel on high-speed rail if we build it. They said this is the direction the country is going, and must go, to stay competitive with other countries in Europe and Asia, which already have high-speed rails. Obama is hopeful the economic growth a high-speed rail will spur in the U.S. would be similar to another once pie-in-the-sky idea, the interstate highway system.

All passenger trains currently used in the U.S. are made by foreign companies. As part of the stimulus, states would be required to use American companies, which Obama hopes will create an entirely new American industry.

"I think you will have some stimulation in the economy during the actual design and construction. After it is built will that stimulate the economy? I don't know," said ODOT's Director, Gary Ridley. "I think any massive undertaking that is done by the government certainly people need to take pause and say, 'Is this the best use of funds and is this the direction we need to go?' We hope it is because it certainly looks like this is what we're going to do."

If a high-speed train is built between Oklahoma City and Tulsa, ODOT officials said talks would begin between ODOT and Missouri's Department of Transportation to bring another line from Tulsa to either Kansas City or St. Louis. The Kansas Department of Transportation is already working with Amtrak on a plan to bring passenger rail from Oklahoma City to Newton, Kansas. Connecting those cities would ultimately connect the entire South Central Corridor to the Chicago Hub Network.