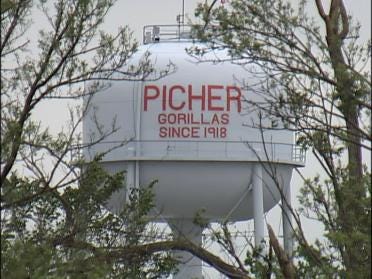 PICHER, OK-- The city offices in the mining-scarred town of Picher in far northeastern Oklahoma are set to close next week.

Mayor Tim Reeves says the town is expected to shut down on September 1 and that there will be no city government after that. The last group of Picher residents are preparing to move from the Ottawa County community.

About 50 families and three businesses are left in Picher. City officials in nearby Quapaw say an agreement between that town, Picher and the Quapaw Tribe is being negotiated that would provide water service to Picher's remaining residents.

Larry Roberts, the trust operations manager for the Lead-Impacted Communities Relocation Assistance Trust, says the town of Cardin also is expected to shut down soon.

Cardin and Picher both are located within the Tar Creek Superfund site.