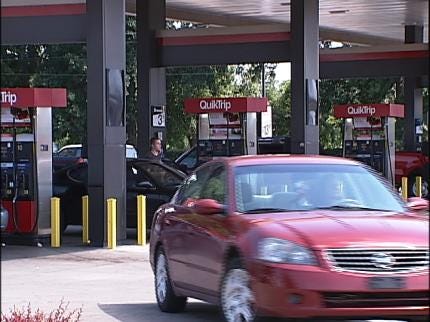 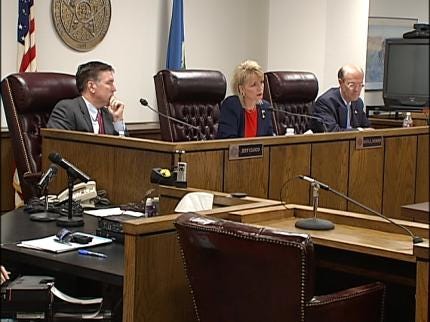 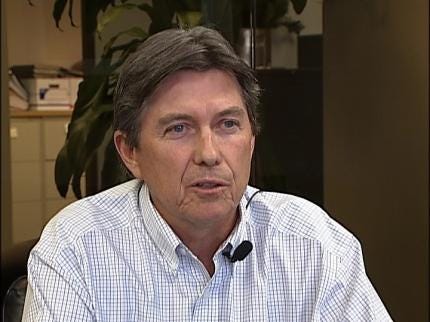 TULSA, OK -- A decrease in demand means more barrels are coming in than going out at the massive oil storage terminal in Cushing.  Oilmen say there is too much crude there and prices are below market value.  With oil prices approaching $70 a barrel, producers say they're making money.  But, if the trend at Cushing continues, they worry Oklahoma could lose out on revenue.

It's a trend that drivers aren't complaining about.  Oil has rallied recently, but prices at the pump are still reasonable.  The global recession is keeping them low, as demand has plummeted.  That has translated to a bit of a backup at the Cushing Oil Storage Terminal, the largest facility of its kind in the U.S.

"That's my concern, and it's kind of come home to roost," Harold Ham with Continental Resources told the Oklahoma Corporation Commission.

A number of prominent oilmen discussed the issue with the Oklahoma Corporation Commission on Tuesday.  Some believe prices for domestic oil are about $5 a barrel less than what they should be.  They say lower prices hurt the Oklahoma economy, and mean less tax revenue for the state.

"Oil storage is up almost 20% from a year ago.  Almost historic high storage levels," said Jim McGhay with Mid-Con Energy.

Jim McGhay heads Tulsa's Mid-Con Energy.  The company is a small, independent producer, and like others in his field, McGhay is keeping his eye on Cushing.

"Demand is down in this country.  I think we're all aware of the effect the economy has had on consumption," said Jim McGhay with Mid-Con Energy.

But, he believes the supply issues at Cushing will work themselves out, and points out that after record profits last year, the oil industry can't complain.

Oilmen who spoke before the Oklahoma Corporation Commission say Canadian crude is also making the problem worse.  They say more oil than ever before is being brought to Cushing from that country, and it's adding to the glut in supply.