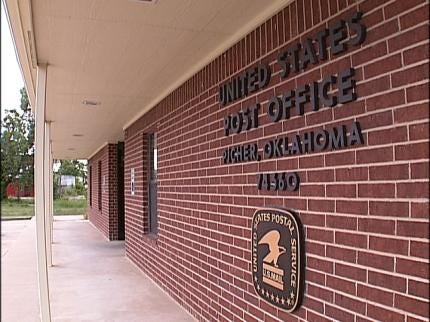 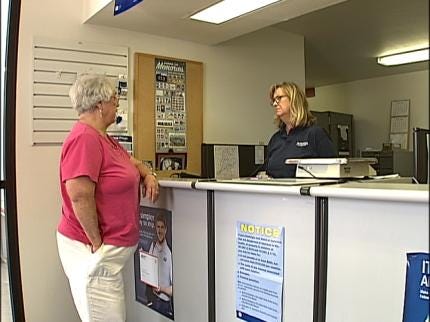 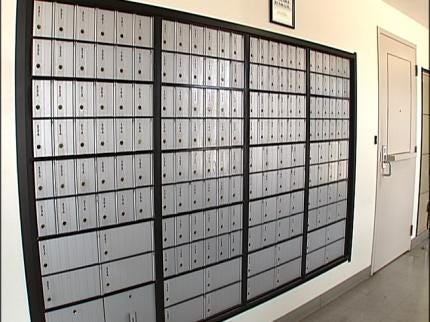 PICHER, OK -- After decades of lead and zinc mining, Picher, Oklahoma, is disappearing little by little.  The nation's largest EPA Superfund site has rapidly decreased after the town suffered from pollution problems. Now, the few remaining businesses are closing their doors. On Monday, the United States Postal Service closed.

"I was born and raised here. Yeah, it's sad. It's very sad to go look at homes that some of your family lived in that have passed away and it's all rubble," said Donna Captain.

Picher was, at one time, a thriving small town.  It is now virtually a ghost town. As one by one, people pack up and move due to a federal buyout of homes.  The school graduated its last class this year. A tornado last year helped speed up Picher's demise.

A few people came to check their post office boxes one last time on Monday. The post master kept the doors open through lunch as some came in to find out how they could continue to get their mail.

Jo Crossland has lived in Picher for 76 years as of July 5th, her birthday. She didn't realize the post office was closing.

"Not till today when I read the sign on the door," said Jo Crossland.

"It's terrible. It's a terrible way to say goodbye to Picher. It's very terrible," said Donna Captain.

So, as the American flag flies over the Picher Post Office for the last time,  Picher residents say goodbye and hold on to what they can.

"What do you do? You just take it and you have your memories and that's all you can do," said Donna Captain.

Dave Lewin spoke for the post office and says the closure is difficult for them as well.  He says because so much of the population has left, they are left with no other option.

The majority of Picher will have rural mail delivery and others will have to go to Miami or Commerce for post office services.

Lewin also says the Picher Post Office employees will be placed at other locations.

And officials are working to keep water and utilities on for a handful of families that remain.

Picher will most likely stop operations on September 1st.