Tulsa Couple Is Happy Being Frugal 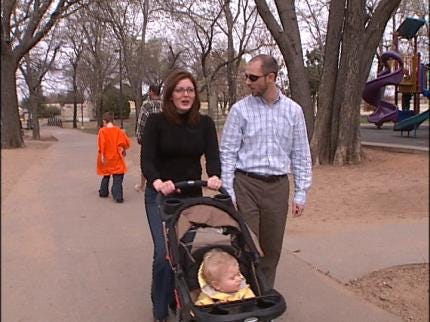 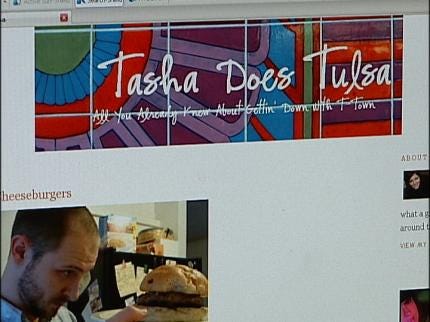 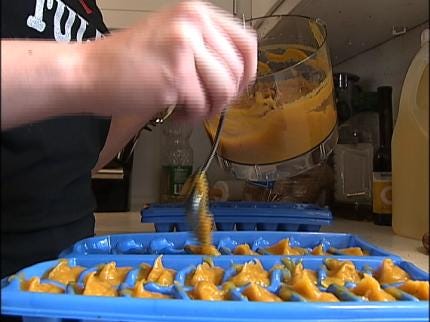 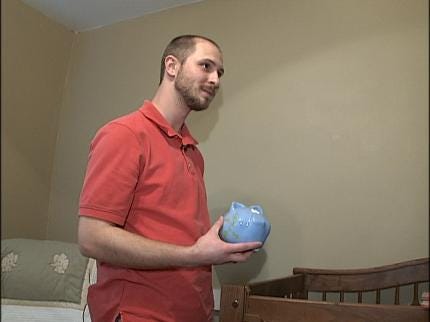 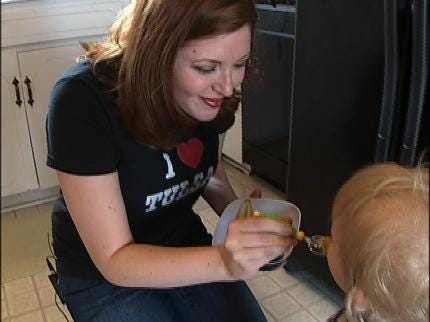 By Scott Thompson, The News On 6

TULSA, OK -- What a turn-around it's been.  From lusting after the latest gadgets to wondering whether we'll have jobs tomorrow.  The recession has changed a lot of assumptions, including the one that says we should live our lives in debt and never go without.  A young Tulsa couple embraced a different outlook on life when they were living on one income with a baby on-the-way.

The baby's now here and they say their old way of spending money, money they didn't have, is gone forever.

A recession's no walk in the park for any of us.  But, for Natasha and Aaron Ball, a walk in the park is part of their strategy for beating an economic bust.  They've embraced bad times as a chance to get ahead.  And, turned their backs on a way of life that collectively sent us off-the-tracks.

"I think the first fight we had about it was I told her we're only gonna eat out once a month and she refused.  ‘No, no, no, I have to eat out once a week or twice a week,' whatever," said Aaron Ball.

"When I married my husband he was very in to frugal living and wanted me to come on-board with that and that was difficult at first, yes, very hard," said Natasha Ball.

"But, once you get the hang of it, you really wouldn't have it any other way even if the recession wasn't around and right now you would still want to watch your money 'cause there's a lot of time to save for your future if you do that," said Natasha Ball.

"It's kind of a change in perspective really, if you feel like you need things then you'll feel deprived.  We try not to feel like we need things," said Aaron Ball.

They've chosen time together with baby Sam instead in a place that doesn't cost a dime, LaFortune Park.

On her blog, Natasha keeps track of all the free places in Tulsa for family fun.  And, earlier this year, in her column for Urban Tulsa Weekly, she began offering money-saving tips and collecting others from readers.

What are Natasha and Aaron doing that's allowed them to pay off their credit cards and build a savings account?

They drive older, paid-for cars.  Shop at baby consignment shops and used book stores, do without cable TV, eat at home and stick to a strict grocery budget.  In fact, Natasha loves to cook, so she makes most all of what Sam eats.

Aaron and Natasha's grandfather built Sam's crib.  That black walnut may not have saved money, but it put a big deposit in the family heirloom bank, mistakes and all.

"I wanted him to have a crib that he could pass down to his kids," said Aaron Ball.

We've all cut back to some extent.  That's why the economy continues to lag.  But, what if we all learn to live at-or-below our means?  What if we all become Aaron and Natasha?

The hosts of KWGS Radio's "Business Week" think we just might need a national dose of financial castor oil, just not the whole bottle.

"And, I really applaud to a certain degree everything they're doing because it speaks to really solid Oklahoma values.  I love the idea they're making things on their own.  I just think if we go too far and it becomes so that nobody's going out and supporting the local restaurant, nobody's supporting the local car dealer, we've gotta do some of that, too," said Bill Nole with KWGS Radio's "Business Week."

Natasha and Aaron chose to support the local pottery store, with a little piggy bank they made for Sam's first birthday, with a first deposit of a few coins inside.  They want him to be free of college loans when the time comes.  And, free from the burden of a life filled with stuff.

"This stands for our belief we need to teach our son as early as possible about how to spend money so that the big businesses that have not done such a great job about teaching our kids how to spend their money won't do it for us," said Aaron Ball.

"If they can put their child thru college with no debt and what are they doing? They're teaching him a lesson to go forth, that life is not based on buying more and buying everything that gets in your way, but you can have a nice, full life, spending prudently and saving appropriately," said Louis Coleman with KWGS Radio's "Business Week."

Flush times have a way of bringing back bad behavior, but a Gallup Poll from three weeks ago shows Tasha and Aaron may be trend-setters.

Gallup found 57% of Americans are spending less money, and 32% of them expect that will become their new, normal pattern.

Meanwhile, 27% of Americans tell Gallup they're saving more, and that, too, will become their new, normal behavior.

Some Turning To TCC Dual Credit Options Amid School Uncertainty