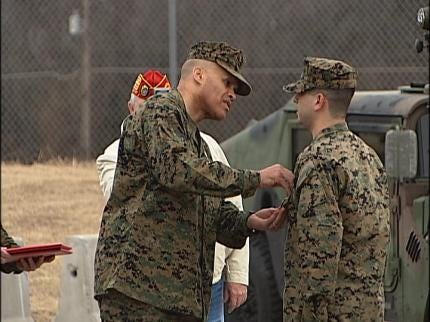 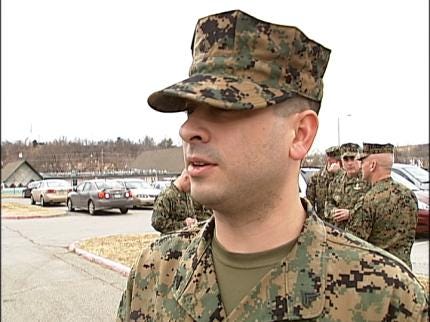 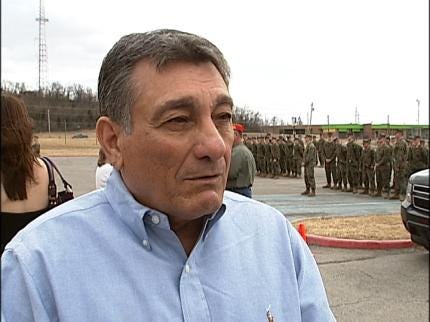 By Dan Bewley, News On 6

The Purple Heart is the nation's oldest military award, founded by George Washington.

The Hadavi family is very proud.

"My son volunteered to join the Marines. He didn't have to go, but he believed in what he did and this country and the freedom, democracy and he went there and he earned what he did," said Pat Hadavi, Joseph's father.

Nearly three years ago, Corporal Joseph Hadavi was on patrol in Iraq. He was driving the lead Humvee in a convoy when a bomb exploded under his truck.

Shrapnel tore through his left leg and Hadavi barely remembers what happened next.

"Just a rush of adrenaline and your training kicks in on what you automatically have to do. That's the big part of doing what we have to do here, so that over there it's like clockwork," said Corp. Joseph Hadavi.

Now the Marine is a Purple Heart recipient.

"It's a heavy weight to bear and it's an honor to have it. I'm just really pleased," said Corp. Hadavi.

Corporal Hadavi was born in the US, but his family is native to Iran. His father says his son serves as an example of what makes the United States a great country.

"It just proves that it doesn't matter what your nationality or background is. You can be what you want to be. He wanted to be a Marine. He wanted to fight for this country, so he did," said Pat Hadavi.

Company leaders say the ceremony also serves to remind Corporal Hadavi's band of brothers what it means to be a Marine.

Because of Hadavi's injury he cannot be deployed anymore, but he says he would gladly risk his life once again to serve his country.