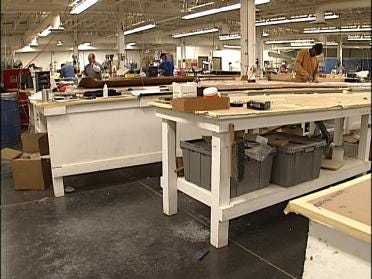 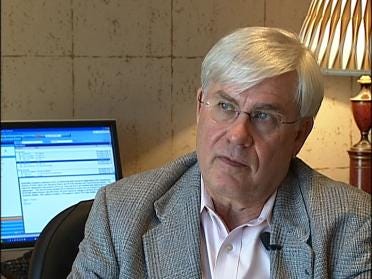 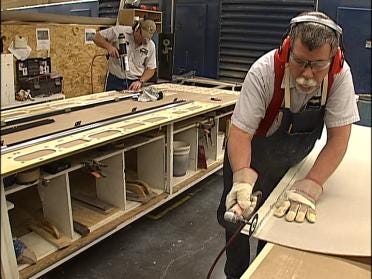 The Nordam Group is all about planes having safe wheels up, but the manufacturing and repair company is trying to get through the recession without going belly up.

Bill Peacher has been the company's CEO for only a month, but he knows the forecast is grim.

"The flight hours being flown out there by the existing jet fleet is down, you know, around 10 to 15%. What drives the repair business is people flying their business jets around, and they're flying them less now," said Nordam CEO Bill Peacher.

So, between no new planes and no repairs on old planes, the 1,800 Tulsa employees are stuck.

"We have to adjust our business and our cost base to the reality of the marketplace so that we don't get in a position of, quote, dire," said Nordam CEO Bill Peacher.

On Thursday, the company announced it laid off 5% of its workforce.  The move follows a 3% reduction in November.   Between January 2008 and January 2009, Nordam laid off 18% of its employees from laborers up to executives.

Peacher says the pieces are in place to weather the recession.  The company is developing new products for general aviation.  And, he says they're still in strong financial shape.

"We gotta get through this rough spot. But, I can tell you absolutely, that the future of Nordam is the brightest it's ever been in the company's history," said Nordam CEO Bill Peacher.

Peacher says he's known for the last two weeks about the latest round of layoffs.  He says he's hopeful that it will be the last major workforce reduction this year.