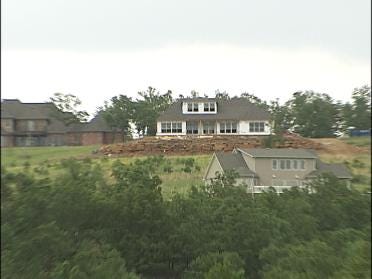 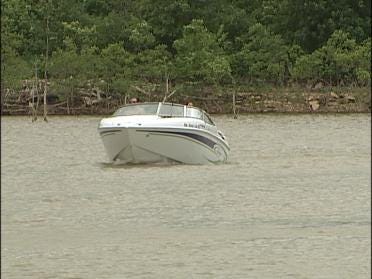 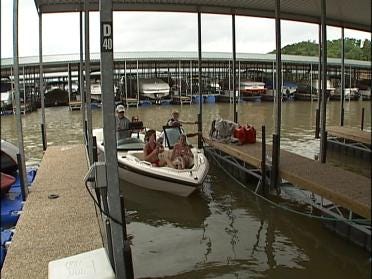 Memorial Day weekend marks the unofficial start of the summer boating season, but those high gas prices have made it difficult for some boaters just to get to the lake.

The News On 6's Chris Wright reports the price of gas has made road trips to certain lakes less appealing to some people, who say they prefer to have their fun without spending a fortune to get there.

Traditional Memorial Day hotspots like Grand Lake were full of people enjoying their holiday, but newer developments like Cross Timbers at Skiatook Lake were also teeming with boaters.

It opened on Memorial Day three years ago, the development features a marina, restaurant and homes overlooking the lake. Its owners say a big part of Cross Timbers appeal is its location just north of Tulsa, and sky-rocketing prices at the pump are making that even more appealing.

Three years after it opened, most of the boat slips at Cross Timbers are now full, and developers say that growth has been fueled, in part, by high gas prices.

That is exactly what attracted Gina Sanger to Cross Timbers. Raised on Grand Lake, she and her husband chose to build their summer home, and keep their boat, on Skiatook Lake.

"I grew up in a cabin on Grand. My parents had one there.  That was a major ordeal cause it's an hour and a half drive, and you were there for the weekend," said Sanger.

Developers are confident more people will follow the Sangers example and trade tradition for a shorter, cheaper trip to the lake.

"However we're seeing a lot of folks who generationally have even grown up on those lakes, again due to reasons of being closer or cleaner water, move over here, and now they're creating new memories on Skiatook Lake," said Howell.

Cross Timbers says business is so good, it will announce plans for expansion soon. Those plans are expected to include a larger marina, as well as more lake-front townhouses.

Once you get to the lake this summer, filling up your boat won't be cheap either. Gas was $4.29 a gallon at some Green Country lakes On Monday.