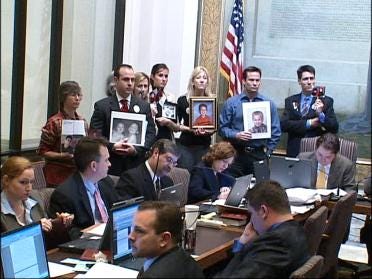 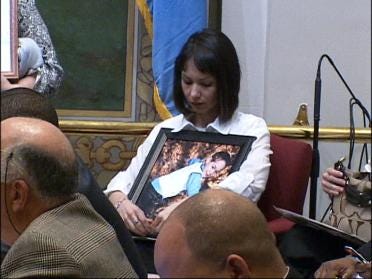 Several Oklahoma families went to the state capitol on Wednesday, fighting for fair treatment for kids with autism. They're trying to get legislation passed that would force insurance companies to cover health care for autistic children. News On 6's Kirsten McIntyre reports this battle is creating an emotional firestorm at the state capitol.

Representative Ron Peterson is chairman of the committee assigned to hear Nick's law, which would require insurance companies to pay for autism treatment.

On Wednesday, dozens of parents showed up for a second time hoping Peterson would allow the bill to be heard. Instead, the measure was not heard.

Senator Jay Paul Gumm wrote Nick's Law. The senate has passed it, but unless it can get through the house, the bill dies.

Representative Ron Peterson says he doesn't want the cost of insurance to go up and that's why he's not supporting any mandates right now. But, supporters of Nick's law say 18 other states have passed similar legislation and there is no evidence suggesting insurances rates will go up.

The fight is far from over. Supporters of Nick's law say they're working on another way to get the bill before the house for a vote. It has already passed in the senate.