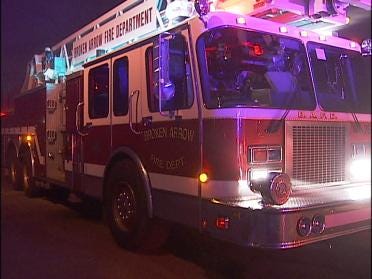 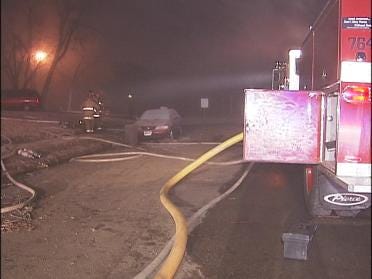 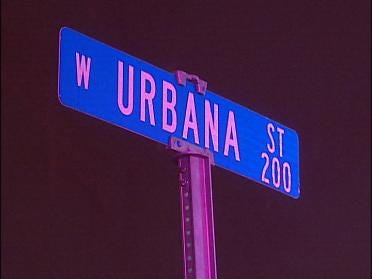 A 2-year-old boy is dead and his 10-year-old sister and grandmother are fighting for their lives after an early Sunday morning house fire in Broken Arrow.  The News On 6's Dan Bewley reports investigators are still trying to determine how the fire started, but they do believe the home did not have any working smoke detectors.

Neighbor Jeff Wickstrom was awakened by his dogs shortly after the fire took hold around 2:30 a.m.

"We saw an orange glow and knew it was bad news because we knew our porch light was out and so we knew it wasn't the light. And that's when things went into fast forward," said Wickstrom.

Inside was a family of nine.  Mom, dad, their six children and a grandmother. Wickstrom says he knows them well.

"We have a park right here and our kids have played with their kids for years," said Wickstrom.

Investigators say a 2-year-old boy didn't make it out alive.  His 10-year-old sister collapsed at the front door, but was revived by medics before being taken to the hospital along with her grandmother.  Family minister Ken Philbeck arrived a short time later.

"You don't know what to say. I've been a minister for a long time. But, you ask yourself, 'How can those things happen? Or why do they happen?' Really, there's no answer to that. Life happens and it happens to everybody," said Philbeck.

With little family in town, the surviving children are staying with the Wickstrom's.

"Absolutely, there's been plenty of that, prayer. Just trying to hold things together," said Wickstrom.

As the tragedy continues to unfold, Pastor Philbeck is asking for even more prayer, saying the family needs all the divine help it can get.

"That's where there prayer needs to be focused on, that little girl.  And on a mom and dad that's lost one child and is really struggling for the life of another one, just pray," said Pastor Philbeck.

Northside Christian Church in Broken Arrow is accepting donations beginning Monday to help the family replace everything that was lost in the fire.

Organizers say clothing and toys for boys ages 1, 5, and 8, as well as a 12-year-old girl and their parents is what's needed most.