Police in Bombay are planning to monitor cybercafes, a move some are decrying as excessive regulation that could create a dangerous precedent.

Increasingly fearful that terrorists and other criminals are taking advantage of cybercafes, Bombay police want to require customers to show photo identification and give their home addresses. Cafe owners would have to retain such records for up to a year and show them to police on request.

The proposal is to be presented next month to the Maharashtra state government and is expected to pass; critics have not been united in mounting opposition.

The requirements initially cover Bombay's 3,000 cybercafes, used by an estimated 1.5 million, but Internet users fear that other cities will follow suit for the 200,000 cybercafes across the country.

Cybercafe owners fear they will be held liable if police investigators find that hackers, extortionists or terrorists operated from their cybercafe. Other critics worry about delays in accessing information.

``Speedy communication will be that much more difficult if people are asked 20 questions and interrogated before entering a cybercafe,'' said Somasekhar Sundaresan, a lawyer specializing in technology.

Marc Rotenberg, executive director of the Electronic Privacy Information Center in Washington, D.C., said a threat to anonymity is a threat to free speech.

``Governments can use the records of what people say in the e-mail messages that they send as a basis for prosecuting journalists, dissidents and political opponents,'' he said.

Shreya Kedwal, a bank executive interviewed in Bombay, said she wouldn't mind showing her ID but opposes the retention of home addresses.

``What if the police come knocking on my door and blame me for something I have not done?'' she said. ``How can I prove I didn't do it? And worse still, what if they come to my office and ask questions?''

Very few countries regulate Internet cafes, certainly among democracies like India. Among nations that have, China was the most strident, closing down thousands in 2002 in what it called a safety crackdown.

In the file-strewn office of the Bombay Police's four-person cybercrime unit, the walls are pasted with orange and blue stickers that read: ``The Cyber Space. Safe To Use. Unsafe to Misuse.''

The group, which has arrested 11 people for hacking and extortion over the past year, says it tackles complaints such as hacking, spam, credit card fraud and blackmail via e-mail. Police said they are probing how terrorist networks use the Internet, but would not give details.

Retired. Col. Mahendra Choudhary, an independent intelligence expert who has trained Bombay police, said investigators have enlisted the help of technology experts and Internet providers to trace e-mails through which they believe terrorist groups communicate.

``Terror organizations are known to use chat rooms and keep in touch by e-mail. This is a worry for the whole world, not just for Bombay,'' said Ramesh Mohite, assistant police inspector with the CyberCell unit. ``Once cybercafes are regulated, these people may stop going there.''

Police officials, however, were unable to cite any investigations hindered because a cybercafe didn't keep records being sought.

In the late 1990s, all small entrepreneurs needed to open a cybercafe was about $8,900 for office space and some computers with Internet connections; Internet cafe owners say the police plan will kill their business.

Under the police proposal, Bombay's cybercafes would have to pay annual license fees and obtain clearances from at least five government departments, a requirement that critics fear would lead to harassment and possibly requests for bribes.

Cafe owners also must install software filters _ at about $400 each, or more than the average $300 monthly earnings of many cybercafes _ to block pornography and other material deemed offensive.

Police even considered requiring cybercafe owners to track and record Web sites visited, but they later dropped it as impractical.

Nonetheless, cybercafe owners said customers shouldn't count on privacy because home addresses would be recorded by time of day and could possibly be linked to computer logs upon police request.

``If people are not doing anything wrong, why should they worry about privacy?'' asked Mohite, the police inspector. ``What is important is being able to track a crime and keeping society safe.''

But Sundaresan and other critics doubt the plan will be able to do even that unless the police expect cybercafe owners to cross-verify addresses given to them.

College student Tasneem Nimi said women would hesitate to give their home addresses, fearing stalking, among other things. If the rules take effect, Nimi said, she would likely go to a friend's house instead, or persuade her family to get a computer at home.

``I don't think the young crowd will go for this,'' said Nimi, 20. ``OK, some people are misusing technology, but you can't have these rules for everybody.'' 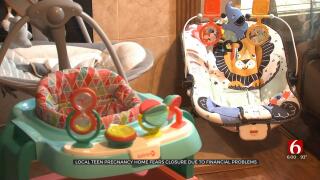 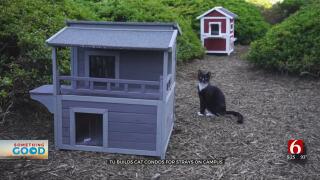 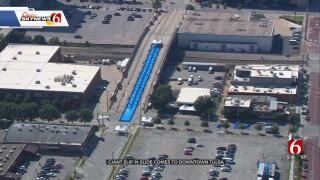 News On 6 A giant slip 'n slide is coming to downtown Tulsa this weekend, closing off the Boulder Avenue Bridge. 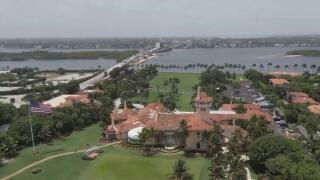 News On 6 A federal judge was to decide as soon as Friday whether to grant the Department of Justice’s request to unseal the warrant that authorized the FBI to search former President Donald Trump’s Florida estate. Attorney General Merrick Garland declared there was “substantial public interest in this matter,” and Trump backed the warrant’s “immediate” release. 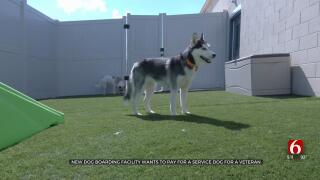 News On 6 A dog boarding business coming to Tulsa is asking for help to pay for a service dog for a veteran. 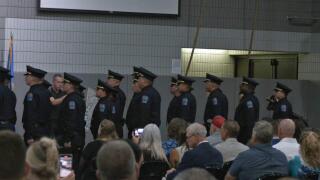 Kaitlyn Deggs A new class of police cadets are ready to hit the streets this evening after graduating on Friday.
View More Stories