He just can't prove it.

Monday marked a year since the 6-year-old was last seen. Hours of searching parts of northwestern Oklahoma and questioning of Logan's mother, Katherine Rutan, by state and federal officials have proved fruitless.

No one, including Rutan, has been charged with any wrongdoing in Logan's disappearance.

In 2002, Rutan, Logan and his 4-year-old brother, Justin Daggett, stayed in Fort Supply for a time with a man Rutan met on the Internet.

At his behest, Rutan and the boys moved in with his female friend in Woodward, Morton said. The move was connected to Logan's behavior, he said.

On the morning of June 23, 2002, the last person _ other than his mother _ to see Logan alive was the man's female friend.

Two weeks later, a relative called from Tulsa and asked the Woodward County Sheriff's Department to conduct a welfare check on the boys. When deputies visited the house, they found Rutan and Justin, but no Logan Tucker.

Rutan, who has moved away from Oklahoma, could not be reached for comment.

She said her brother from Pennsylvania had picked up Logan on June 23 for an extended camping trip, authorities said.

However, she reportedly had been telling her roommate and neighbors the state Department of Human Services had picked up Logan that day.

FBI agents tracked the brother to West Virginia and found he had proof of where he was working when Logan disappeared. The brother said he hadn't seen Logan or Rutan in more than a year.

According to a Tulsa police report, DHS had custody of Logan and his brother at one time because Rutan had asked them to take the boys so she didn't hurt them, Morton said. But that was before she and the children moved to Woodward, he said.

``My gut feeling is that, and according to people we've talked to, Logan was ornery,'' Morton said. ``He was loud and I think he had one of them moments and she'd just had enough and probably went too far in whatever it was she was doing.

``Whether she intentionally meant to kill him or it was an accident, I think that's what happened. That's strictly my opinion.''

The boyfriend, whose name has not been released, was cleared of any involvement, as was the brother, Morton said.

Rutan declined to take a polygraph test and moved away after some local residents who suspected her involvement in the boy's disappearance set fire to her car.

She was arrested Sept. 16 in Bartlesville on a warrant from Missouri for writing hot checks. Rutan received a suspended sentence and probation after pleading guilty earlier this year.

Kansas officials gave custody of her 4-year-old son to his biological father. Her attorney said in January that Rutan is living and working in Kansas City, Mo., area.

Morton and his staff have been following up leads since the National Center for Missing and Exploited Children ran a new flier on Logan. There have been numerous supposed sightings, but nothing has panned out, he said.

Morton also said evidence taken from Rutan's car and sent to the state crime lab has been forwarded to a lab for further testing. But he's hoping to find some physical evidence of Logan's whereabouts.

``We're going to check out some more spots, particularly in Harper and Ellis county where we have some information she may have been,'' Morton said.

For Connie Henson, Rutan's mother, the first anniversary of her grandson's disappearance is something she'd rather forget.

Henson was in the hospital recovering from cancer surgery when Logan disappeared on her birthday.

``It's not much of a birthday, is it?'' the Bixby resident said Monday. ``What I'd really like for my birthday is to know something, but I really don't know any more than I did a year ago. I don't think anyone does.''

Henson has always maintained that her daughter did something to Logan. She said she called her daughter in jail after Rutan's arrest in Bartlesville ``and told her she needed to tell us where Logan was.'' Her daughter simply cursed at her, Henson said.

They haven't spoken since.

Meanwhile, Morton said his office has been trying to track Rutan down.

``She hasn't done one thing to help us find her son since this investigation started,'' he said.

``And it didn't help that we got involved two weeks after the fact. But we're patient, and eventually something's going to turn up.'' 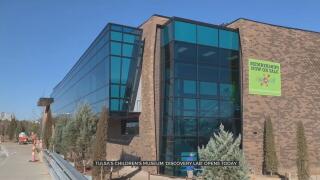 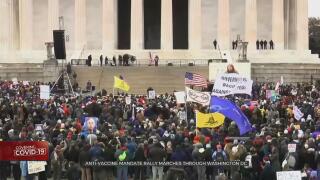 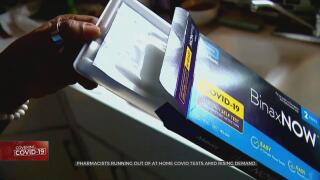 Brooke Griffin With new COVID-19 case numbers at the highest they have ever been in Oklahoma, pharmacists say they can’t keep at-home testing kits in stock. 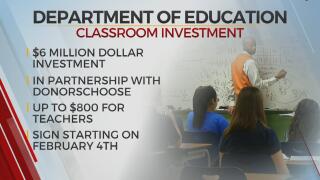 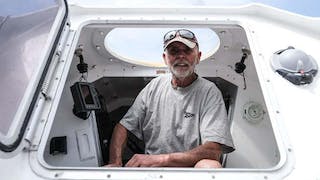 CBS News The body of the French adventurer trying to row across the Atlantic has not been recovered, the Portuguese navy said Sunday, a day after his support team said he had been found dead in his boat.
View More Stories