The 215-214 vote was largely along party lines, and came after Speaker Dennis Hastert told lawmakers they could ``support our president who is fighting a courageous war on terrorism and redefining American world leadership or ... undercut the president at the worst possible time.''

The vote, he said in a forceful, last-minute speech on the House floor, ``is being watched closely by our allies and by our adversaries.''

``We'll fight on this floor. We'll salute that flag just as high as anybody else,'' Rep. Charles Rangel, D-N.Y., shot back moments later. ``To infer that to vote against this piece of legislation ... means that we're not as patriotic as the next person is wrong.''

Bush urged quick action by the Senate on the measure, although Majority Leader Tom Daschle, D-S.D., has said no vote is likely until next year.

In a statement, the president said having the new trade power ``will give me the flexibility I need to secure the greatest possible trade opportunities for America's farmers, workers, families and consumers.''

Bush telephoned a half-dozen wavering lawmakers or more in the run-up to the vote, and officials offered his written pledge to Democrats endorsing a $20 billion package of aid for victims of the recession.

The legislation would give the president authority to negotiate trade deals, then submit them to Congress on a take-it-or-leave-it basis, no amendments allowed. Recent presidents have had such power, but it expired in 1994. Former President Bill Clinton was unable to persuade the Republican-controlled Congress to renew it.

``No country is going to put their best deals on the line if they think they're going to be changed by the United States Congress,'' said Rep. Jim Kolbe, R-Ariz. ``We need to have the confidence in our president to get this job done.''

Democrats said the measure failed to guarantee minimal worker and environmental protections in America's trading partners. They also contended that Republicans only belatedly had shown interest in helping workers hurt by the Sept. 11 terrorist attacks and the recession.

``It is an abomination that they would be bringing up all of these ideas for worker relief, as inadequate and poor as they are, in order to buy votes,'' said House Democratic Leader Dick Gephardt of Missouri. ``If they were sincere and genuine about helping workers, they would have done'' so long ago.

Final passage came on a tension-filled vote that ran 20 minutes beyond its allotted 17 minutes.

With the tally at 210-215, GOP Rep. Jim DeMint of South Carolina switched his vote from no to yes, but only after securing a written pledge on the House floor from Hastert and other top GOP leaders to support a provision long sought by textile state lawmakers. ``It was a bill I wanted to vote for. I wanted to vote for the president,'' he said afterward. But not without a commitment on textiles.

Three other Republicans who had hung back _ Cass Ballenger of North Carolina, Cliff Stearns of Florida and Dana Rohrbacher of California _ handed green cards to the clerk, signifying support for the bill. At virtually the same time, Rep. Robin Hayes, R-N.C. also voted for the measure, and the one-vote majority was sealed.

Hayes had vowed hours earlier to oppose the bill, saying it did not offer the relief for the domestic textile industry he had sought. But that was before DeMint obtained the concession on textiles. And within minutes of the vote, Hayes received a thank-you call from Bush.

While Bush made his calls at the White House, Republican leaders sought votes on his behalf. Hastert, after meeting one by one with several wavering Republicans Wednesday night, invited a small group of Democrats to convene several hours before the vote.

Several sources, speaking on condition of anonymity, said that at the session, GOP officials said Bush was prepared to issue a written declaration of support for a package of recession relief, $20 billion or more, that the House leaders had embraced on Wednesday.

Democrats at the session, all of whom have voted for union-opposed trade bills in the past, said they wanted a floor vote on the worker relief package before the trade measure went ahead.

Commerce Secretary Don Evans circulated a letter pledging stronger enforcement of existing trade laws and other steps to bolster the domestic textile industry, which has lost hundreds of thousands of jobs in recent years.

``America's economy strength depends on an unimpeded ability to compete fairly in international markets,'' said Rep. Bill Thomas, R-Calif., chairman of the House Ways and Means Committee and one of dozens of pro-business Republicans to support the measure.

Union-backed Democrats saying it would harm domestic industries by allowing imports from other nations without appropriate safeguards for workers or the environment.

``The other side of the floor is coming to the floor today to lay the foundation for the loss of hundreds of thousands of jobs by more Americans in the immediate future,'' said Rep. Alcee Hastings, D-Fla. 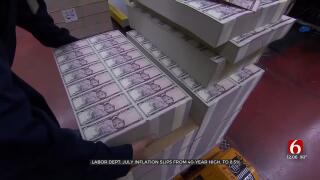 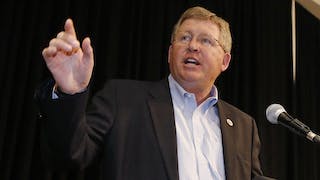 US Representative Frank Lucas Says He Has COVID-19 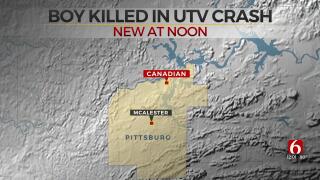 News On 6 Oklahoma Highway Patrol Troopers say a Eufaula child is dead after a crash involving a UTV in Pittsburg County on Tuesday afternoon. 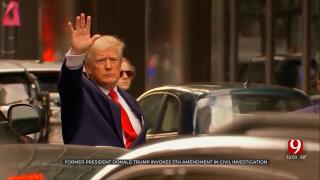 CBS News Former President Donald Trump said he refused to answer questions from investigators with the New York Attorney General's office on Wednesday, citing his Fifth Amendment right against self-incrimination related to the years-long civil fraud probe into his businesses. 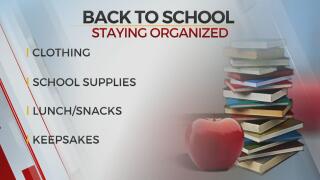 Watch: Miranda Smith From 'Organizing With Mo' Offers Tips On Getting Back-To-School Ready

News On 6 Back to school can be a hectic time for families, summer is over and it's time to get back into a routine. 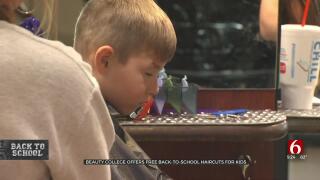 News On 6 If your kid is headed back to school soon, they can get a haircut for free on Wednesday, curtesy of Clary Sage College.
View More Stories