Meanwhile, the government ordered all airport workers with access to planes and secure areas to submit to new criminal background checks. And crop-dusting planes were grounded for a second day over fears they could be used in an attack.

Regarding the driver's licenses, Herbert Villalobos and another man _ his identify was not revealed because he is a witness _ signed identity papers for the hijackers who commandeered and crashed American Airlines flight 77, said an affidavit filed in federal court in northern Virginia.

A second man, ``a Hispanic male'' who is a confidential witness, signed both a residency certification and an identify affidavit that was used by another suspected hijacker, Ahmed Saleh Al Ghamdi, to obtain a driver's license, the affidavit said.

It said the unidentified man was standing in a parking lot near the Arlington, Va., Department of Motor Vehicles office along with several Hispanic men, including Villalobos, when three Arab men approached him in a van and asked for help in getting Virginia identification cards.

Villalobos and his acquaintances then drove together to an attorney's office nearby with the Arabs following. The papers, which can be used as identification for getting a driver's license, require an attorney's signature.

The forms had already been signed by the attorney, who talked to the men in a foreign language, the affidavit said.

Earlier Monday, Attorney General John Ashcroft said 352 people have now been arrested or detained in the investigation of the Sept. 11 attacks in New York and Washington and another 392 people were being sought for questioning.

Ashcroft said he believed those being held or sought have information about the attacks.

The Federal Aviation Administration ordered airports and airlines to redo criminal checks and scrutinize employment histories for baggage handlers, food service workers and other employees who have access to airliners, ramps, tarmacs and other secure areas. The Coast Guard, meanwhile, began checking the identities of passengers on inbound ships.

``We are requiring revalidation of all airport IDs to make sure that they are genuine, current and belong with the person they are with,'' FAA spokeswoman Rebecca Trexler said.

Investigators are looking at whether box-cutting tools found on two jets may have been planted there by individuals other than passengers who had access to airliners. The hijackers used box-cutters in the hijackings two weeks ago.

The grounding of the nation's crop-dusters, which began Sunday, was extended through Monday. It was the second time that agricultural pilots have been told not to fly since the attacks.

Ashcroft told the House Judiciary Committee that the FBI had gathered information raising fears the small farm planes could be used in a biological or chemical attack. ``There is no clear indication of the time or place of these attacks,'' he said.

Ashcroft said one of the suspected hijackers, Mohamad Atta, had shown interest in crop-dusters and that another person now in federal custody had downloaded information about the planes.

J.D. ``Will'' Lee, 62, general manager of South Florida Crop Care in Belle Glade, said Monday that groups of two or three Middle Eastern men came by almost every weekend for six or eight weeks before the terrorist attacks, including the weekend just before the assaults.

Lee said a co-worker, James Lester, positively identified one of the hijacking suspects, Atta. Atta is believed to be one of the suicide hijackers in the terrorist attacks on New York's World Trade Center and the Pentagon in Virginia.

In yet another precaution, the Coast Guard said it is requiring that incoming vessels supply local port officials with the identities of crew members and passengers.

``We're working on an interagency basis with the FBI, immigration officials, the U.S. Customs Service and other law enforcement agencies in checking the names we get against their databases in order to ensure national security,'' said a Coast Guard spokesman, Capt. Mike Lapinski. ``We want to identify individuals and cargos that should not get into the United States.''

_The FBI spent an hour Saturday questioning Khalid al Draibi, who was arrested 13 miles south of Dulles Airport the night after the attacks. A man with the same birthdate and a similar name appears on an FBI list of 21 alleged suspects in the attacks. Attorney Drewry B. Hutcheson Jr. said his client spoke voluntarily without immunity to an agent and was in the Washington area because he wanted to go to the Saudi Embassy, ``probably for financial help.''

_A San Diego Zoo security guard told the FBI she recalled finding a metal case at the zoo several weeks ago that may have belonged to suspected hijacker Hani Hanjour, zoo spokeswoman Christine Simmons said. The case, which contained identification, some other papers and possibly cash, was claimed from the zoo's lost and found. The zoo kept no record of who claimed it, Simmons said.

_In the crash of United Flight 93 in Pennsylvania, the FBI has determined from the on-site investigation that no explosive was involved. Passengers on the flight said in cell phone calls that one of their captors had what appeared to be a bomb strapped to him. 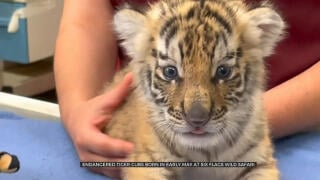 CBS News A Siberian tiger at the Six Flags Wild Safari gave birth to five cubs in early May. 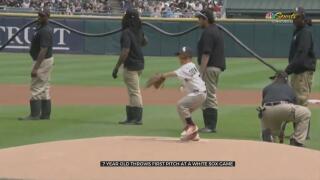 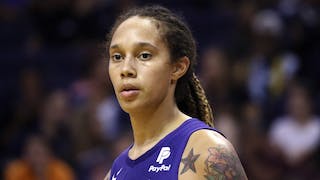 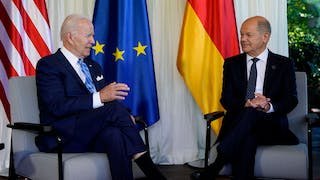 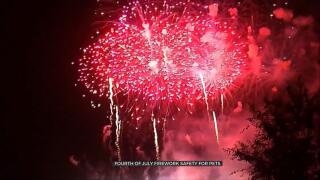